31 March 2021
To celebrate International Transgender Day of Visibility, Northern is highlighting the stories of two of its transgender colleagues who work for one of the UK’s biggest train operators.

International Transgender Day of Visibility is dedicated to celebrating transgender people and raising awareness of the discrimination they face around the world.

I can’t imagine having this level of support anywhere else, says Paula, who has worked at Northern for 10 years.

Paula, who is pre-operative transgender, says Northern has been supportive of her transition - and she has been instrumental in advising Northern’s transgender policy.

She says: “The support you will get from every conceivable level is unrivalled, I can truly say that hand on heart, from executive down through senior and middle management levels, from colleagues and even in dealing with other departments the respect and acceptance is absolutely second to none.”

But it's not always been easy, as Paula struggled growing up in the 1960s, when being transgender wasn’t something that was understood or accepted.

However, Paula says thankfully times have changed for the better.

She says: “The advice I would give to anybody who has made the decision to transition would be, don’t be afraid. Times and attitudes have changed drastically in recent years, the up-and-coming generations are by far the most accepting and gender fluid than that have ever been before. There are massive support networks out there, you don’t have to walk this path alone. A true you is a more confident, positive, complete and inspiring you, be proud to be yourself and enjoy your life as it should have been from the start.”

She plans to continue support transgender colleagues across the business and wants to make sure people know they are not alone.

She says: “Several people across the business have reached out to me for help and advice and I am in regular contact with them to help and guide them through the many hoops and hurdles we face.

“It’s so important to me to be in a position to do that, as it was something I never had in the early stages of my journey and it makes a whole world of difference just to let someone know, they are not alone and there is someone there to hold their hand.”

It was just last year that Skye told her family and friends she identified as a trans woman and ‘took the first step to being who I am’.

She says she now feels much more uplifted, and there is a sense of relief at being able to be her true self when she had previously behaved in stereotypically masculine ways to try and fit in.

“Most people that I am close to have been accepting and understanding,” She says.

Colleagues have offered support, with one even reaching out from another department to share their experience of being transgender.

She says she also has regular meetings with her line manager so they can offer any assistance she may need.

She says more businesses should behave in this way to create a trans-friendly environment.

“My advice to other businesses is to listen to us transgender folk. Always ask, don’t presume and treat us like equals.”

And to other transgender people, she says: “Be direct with your hiring manager and just be who you are.”

Last year, a new steering group was formed to develop Northern’s equality, diversity and inclusion (EDI) policies and Northern has worked closely with transgender colleagues to create a trans-friendly workplace.

The rail operator is also introducing the option for colleagues to request a name badge featuring gender pronouns and is encouraging staff to start using gender pronouns on their email signatures and personal social media accounts, such as LinkedIn.

The use of gender pronouns is voluntary, and it is hoped it will help to prevent potential discrimination.

Northern has also developed a new version of the Northern logo which will be used to how support for equality, diversity and inclusion.

Lou Mather, Employee experience business partner at Northern, said: “We’re working hard to create a workplace with equality and diversity at its heart, where everyone is included and where we represent every single one of the different communities we serve.

“We want to create an inclusive trans-friendly culture, workplace and learning environment, free from discrimination, harassment or victimisation, where all transgender people are treated with dignity and respect.” 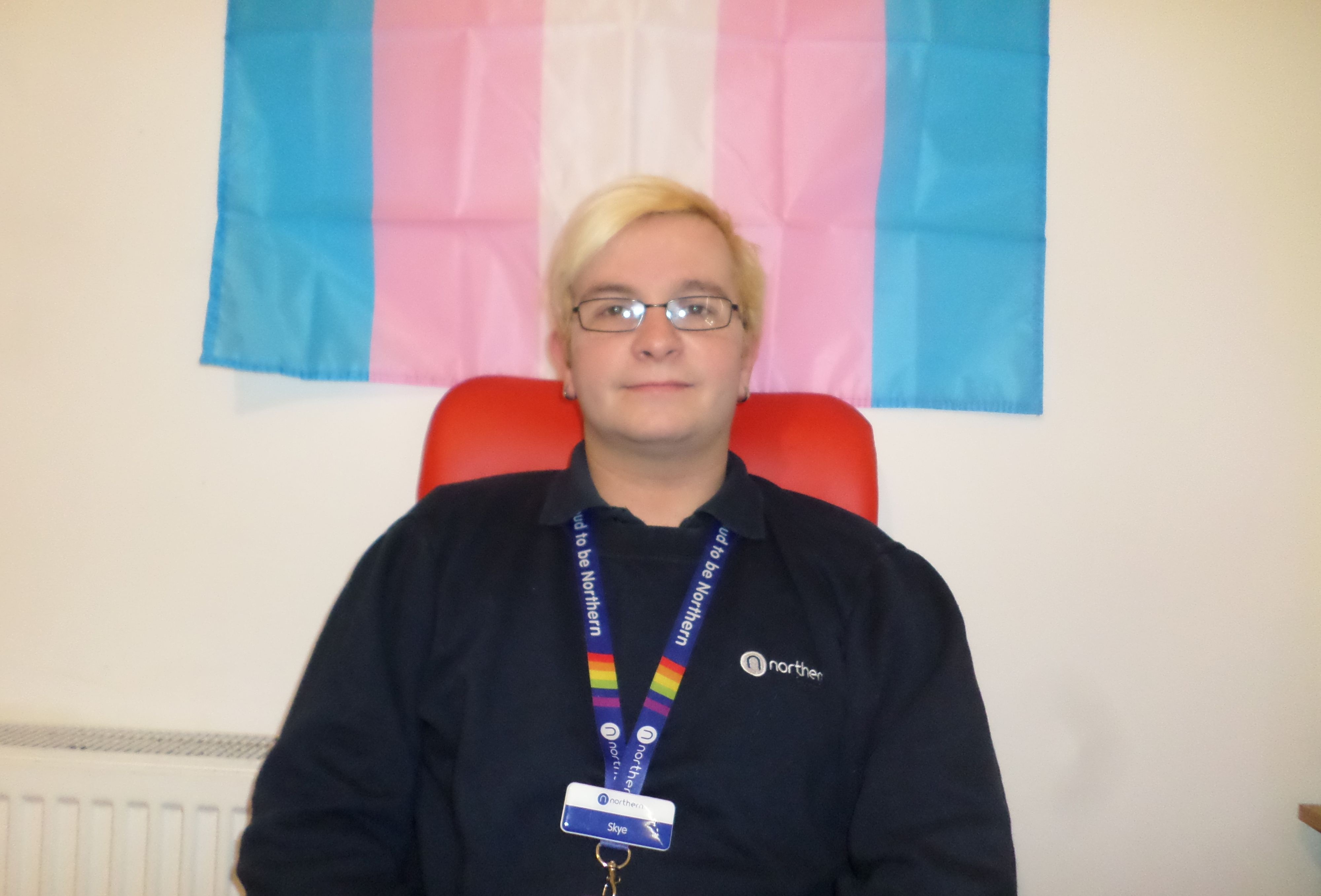