In totally paw-some news, employees at Northern, part of the Arriva group, have adopted a Snowdog!

The Great North Snowdogs project is based on the Raymond Briggs story The Snowman and the Snowdog. It has been created by St Oswald’s Children’s Hospice in Newcastle and Wild in Art, and is this autumn’s mutt-see event in the North East.

It is Tyne and Wear’s biggest ever mass-participation, public art event, with 61 large scale Snowdog sculptures and 97 smaller ones placed around the region. These form an interactive trail which you can follow using a dedicated app, ticking off all the sculptures and unlocking special off-furs – providing you don’t go barking up the wrong tree, of course.

The event is all in a great cause, with the sculptures destined to be auctioned off in December to raise money for St Oswald’s, which is celebrating its 30th birthday this year.

Northern’s Snowdog is called Snowline, and is currently on display in Newcastle station. It has been created by the artist Jim Edwards, who has treated the dog’s shape like a hillside and focused on the manmade structures in the open landscape.

Pete Myers, Northern’s Stakeholder Manager in the North East, said “These trails are fantastic things, but this one is unique, because it seems well thought out and it will bring a real buzz to our city after the excitement of the Great North Run. It is fantastic to be involved with local artists, the dogs are cute too, but most important it is a very, very important charity.”

However, the Snowdogs won’t be around fur-ever. The large sculptures, including Snowline, will be on display until 29 November. The smaller sculptures, which have been decorated by local school children and community groups, will be on show until 20 January 2017. 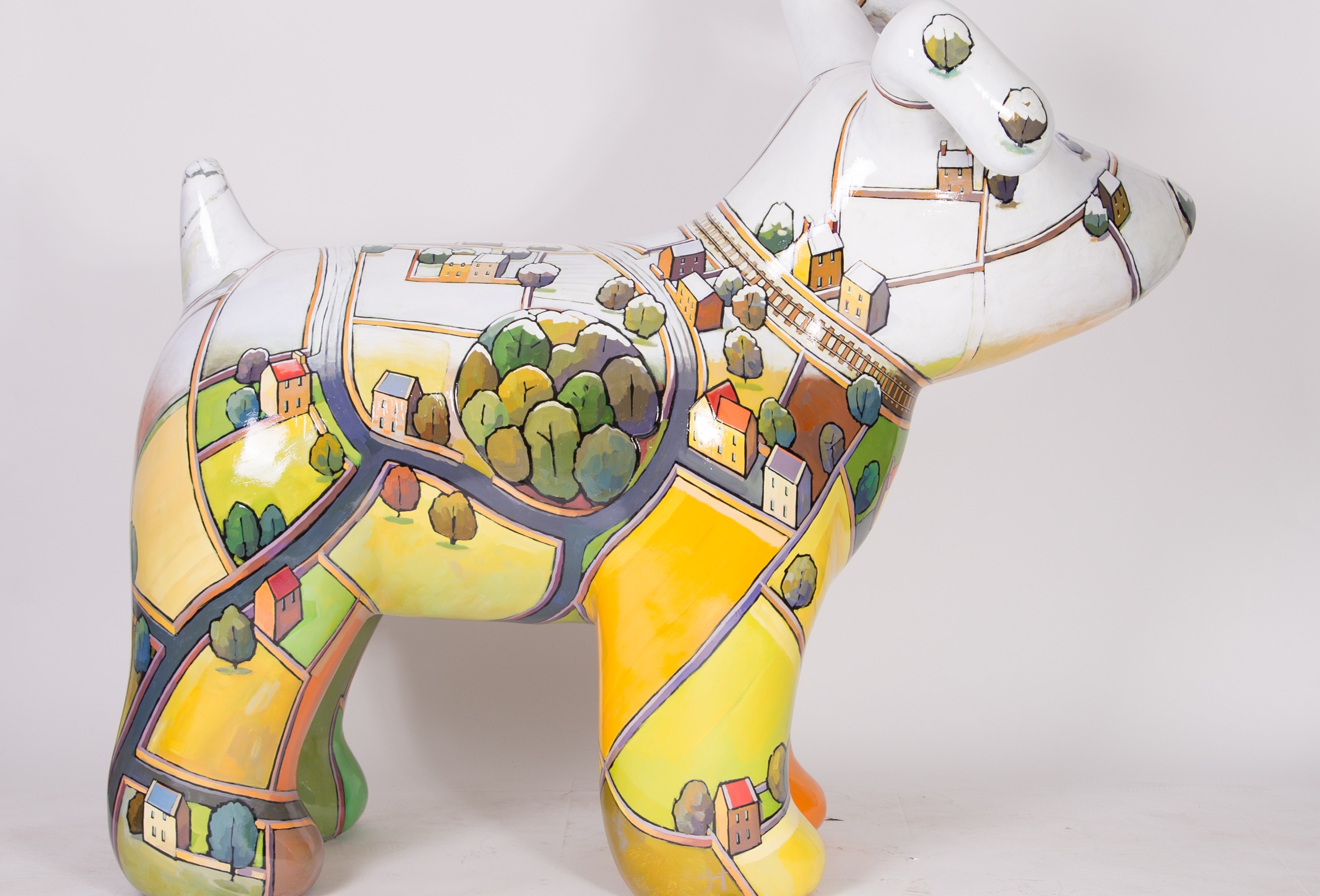