10 October 2019
The first 1,000 Northern customers are celebrating this week following the first draw of Northern’s half a million-pound giveaway.

The draws are open to anyone with a Smart season ticket valid on Northern’s services. In addition, customers with Merseyside Railpass; Greater Manchester Traincard; West Yorkshire MCard ‘Bus & Rail’ and TravelMaster SYConnect+ tickets can also put their names in the draw.

Once a customer has bought a valid ticket, entry is easy; simply enter a few details at www.northernrailway.co.uk/winsmart and each month, a draw will take place with a total of £125,000 up for grabs.

The first draw took place as Northern launched more brand-new trains on to its network, with 20 of the 101 trains now in service. A further nine new trains will enter customer operation next week (21 Oct) meaning customers are not only getting great value, they’re also travelling in more comfort than ever before.

Mark Powles, Northern’s Commercial Director, said: “This will be a lovely surprise for those customers who’ve won back the cost of their season ticket and they can now decide how they will spend it.

“We’ve only done the first draw, but it has already caught people’s imagination and I urge as many people as possible to join the Smart revolution and enter the giveaway. With a draw every month until January, they could be one of the lucky winners.

The Smart season ticket has now been rolled out across the entire Northern network.

Northern Smart cards are a quicker and easier way to renew your season ticket and get through the station. So much so that Northern has already issued more than 100,000 season tickets on Smart cards, equating to three million customer journeys.

Customers can renew at any time on a device of their choice - Android smartphone, computer, ticket machine or at a ticket office.

For more information and to request a free personalised card online, customers can go to northernrailway.co.uk/smart or visit their nearest Northern ticket office. 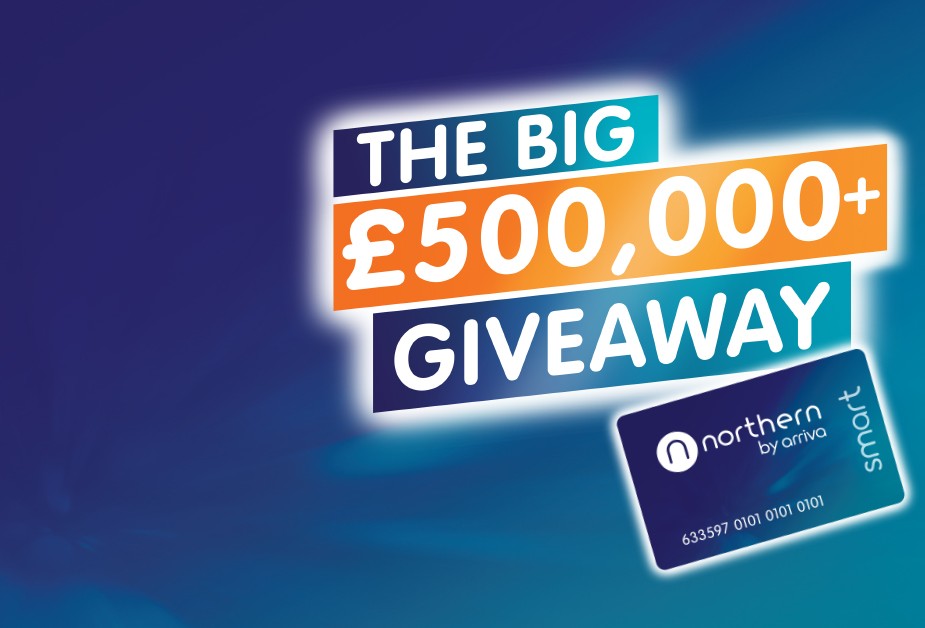