Yorkshire Warrior takes to the tracks

To celebrate the partnership with the infantry regiment, the Yorkshire Warrior train was unveiled at York railway station last week.

The event saw the Yorkshire Regiment’s band perform while a guard of honour welcomed the Lord Lieutenant of North Yorkshire, Barry Dodd CBE, the Lord Mayor of York, Barbara Boyce and the Sherriff of York, Gill Brian, on to the Yorkshire Warrior.

Mike Paterson, Northern’s Regional Director and ex Royal Navy Captain, was instrumental in setting up the partnership between the two Yorkshire institutions.

He said: “We are proud to be Northern and that sentiment is something that resonates well with the Yorkshire Regiment, which is steeped in heritage and tradition.  We’re delighted to have joined forces with the regiment and, as an active employer of ex-service personnel, we’re sure that the Yorkshire Warrior is a fitting tribute.”

The Yorkshire Regiment’s Lieutenant Colonel Ian Astley, from Catterick Garrison added: “The train will carry our name and message across the county and beyond, and will help to reinforce the strong bond we have between the region and the Regiment.

“I know the soldiers out in Afghanistan will be rightly proud and pleased to see our cap badge and name on this regional train and we look forward to working with Northern in the future.”

After the formal ceremony, guests were invited to join the Northern team for a cup of Yorkshire tea and cake. Northern were presented with a Yorkshire Regiment cap badge and Mike Paterson presented the regiment with a Yorkshire Warrior name plaque, which will be displayed at the military museum in York.

The Yorkshire Warrior train, number 150275, operates on the line between York and Harrogate. 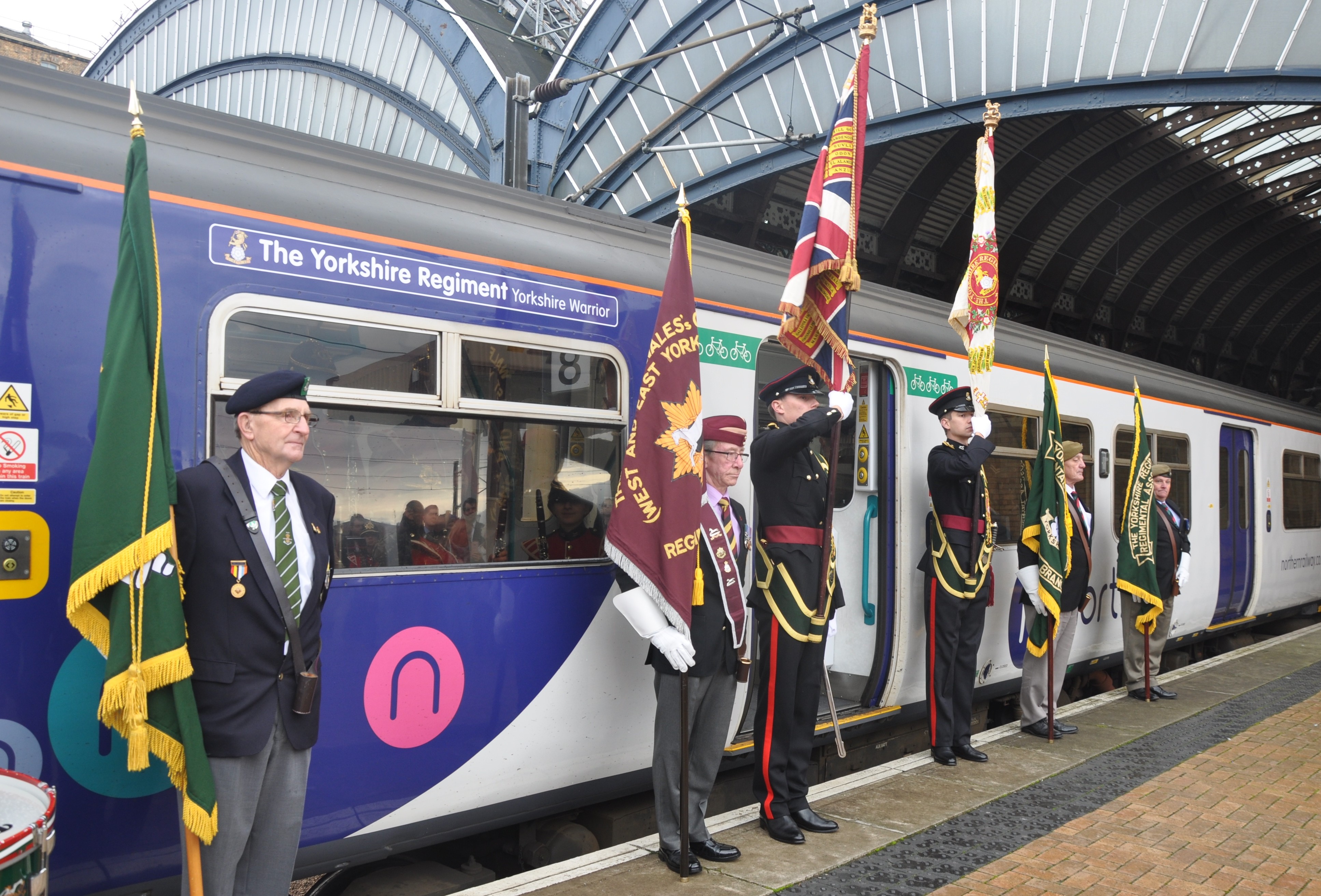 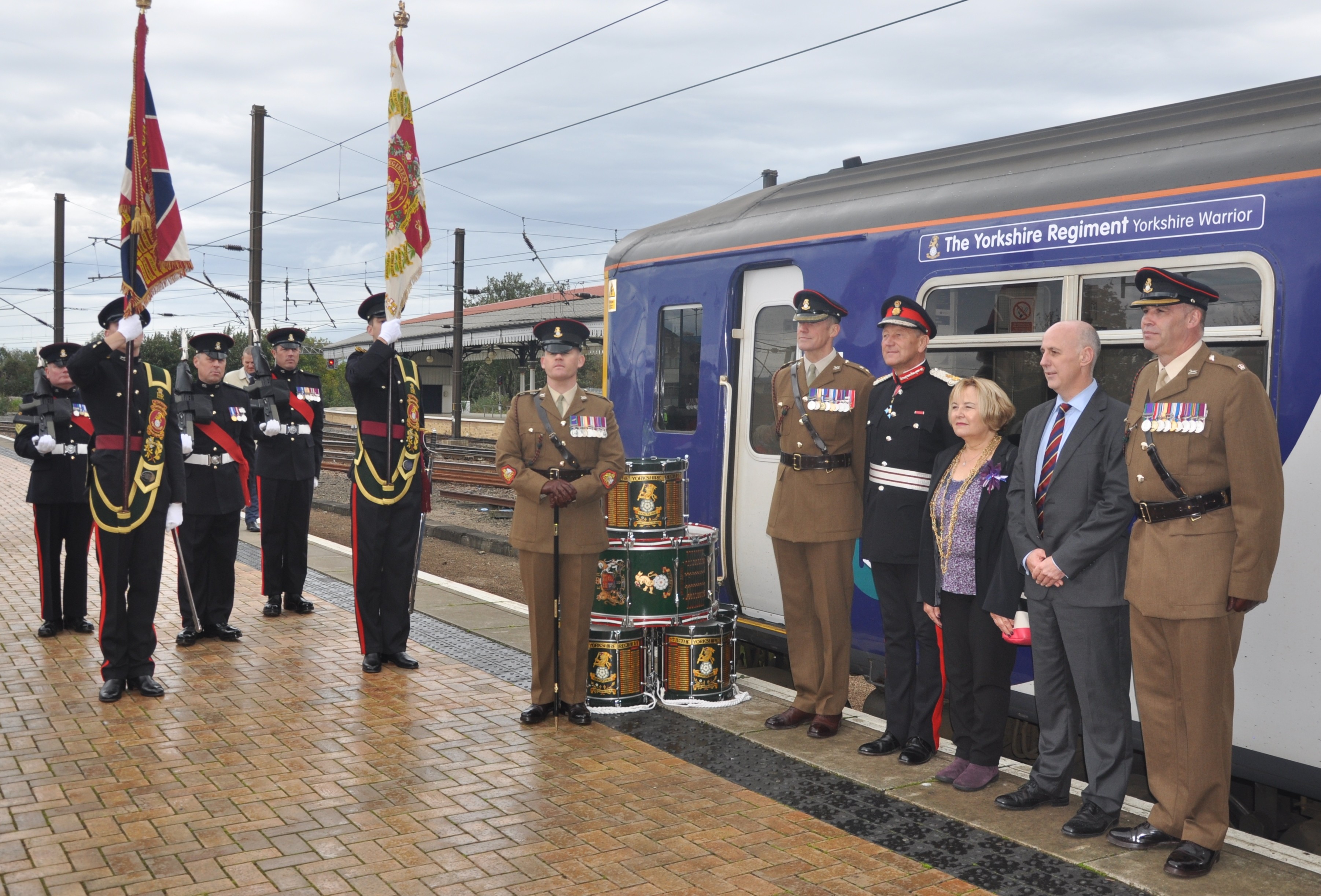 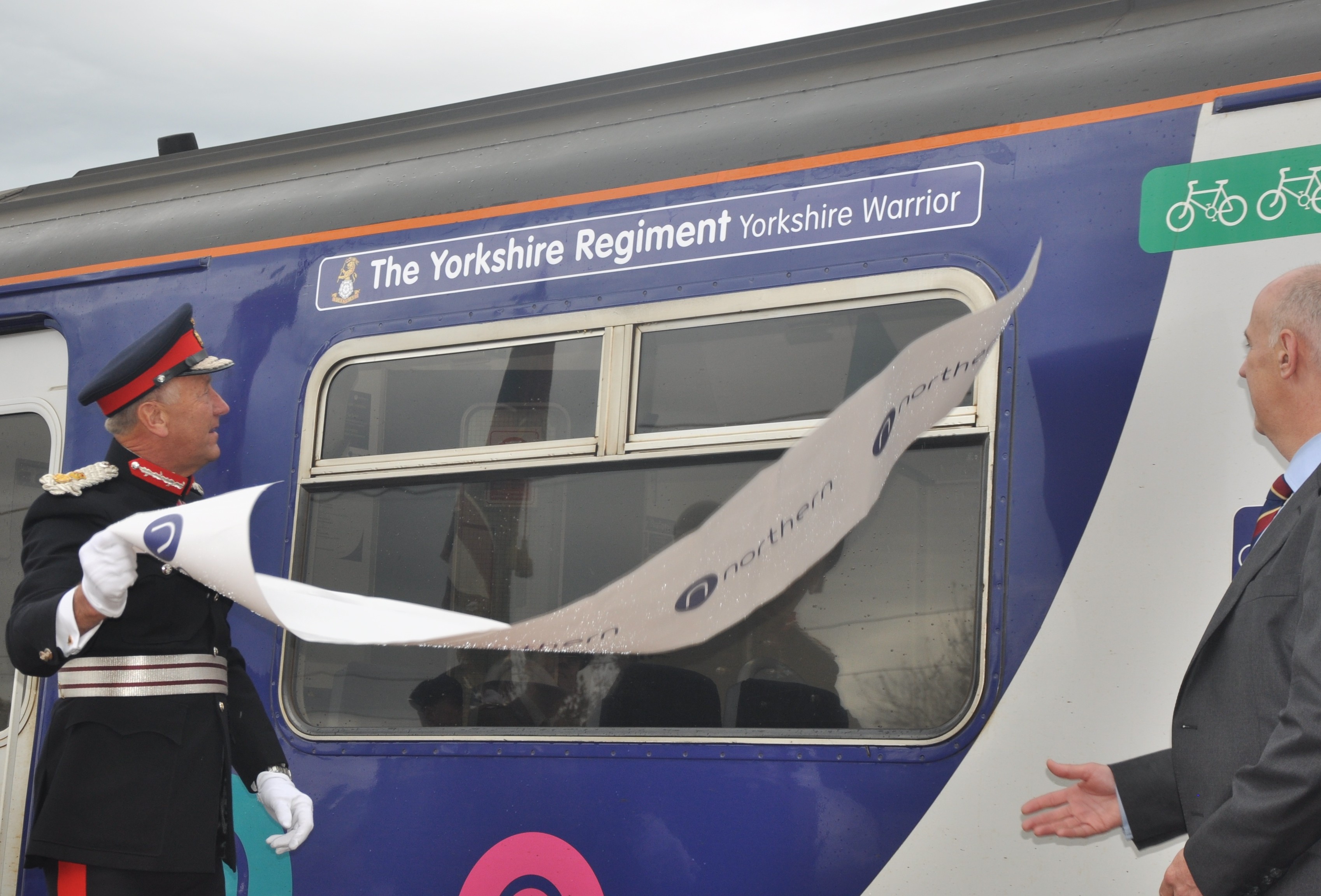