20 October 2021
‘Stop taking risks on the railway’
That’s the message from Northern after three of its trains were damaged by thrown bricks in the past two weeks.

Two of the incidents happened on Saturday evenings as Northern services travelled through Leyland. The third – and most recent – happened on a Tuesday afternoon near St Helens.

As each train passed under a bridge it was struck by a brick, smashing the windscreen of two and the headlights of another.

Chris Jackson, Regional Director at Northern, said: “It’s hard to believe that anyone would put the safety of others at risk by such reckless behaviour.

“The consequences of a brick hitting a fast-moving train are potentially devastating. It’s only through good fortune that no-one was seriously hurt.”

Northern is now offering a £500 reward to anyone who provides information which leads to a conviction following the incidents in Leyland on Saturday 9 and Saturday 16 October, and in St Helens on Tuesday 19 October.

A British Transport Police (BTP) investigation is already underway, and the train operator has now stepped in to help appeal for further information.

Chris added: “Officers are investigating, and I am appealing to anyone with information about either incident to come forward. Someone will know who did this and we need to find them before they do something similar which may have far worse consequences.” 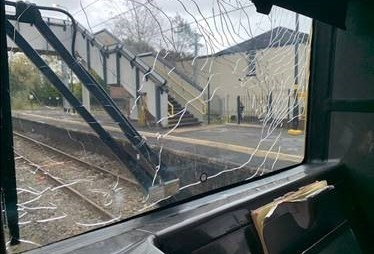 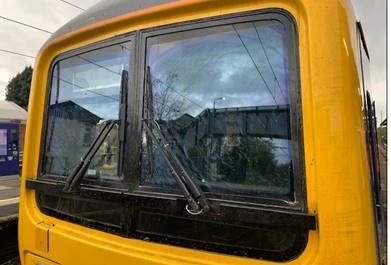