Northern's new Head of New Trains on board for modernisation

27 November 2016
Northern’s multi-million pound programme of modernisation and transformation has received a further boost with the arrival of new Head of New Trains Ian Hyde.

Ian, who joined the UK’s largest rail operator outside of London on Monday, 21 November, will take immediate responsibility for overseeing the construction and roll-out of 281 new carriages due to arrive on the Northern network from late 2018 onwards.

And he is ready to hit the ground running to deliver the much needed new carriages for Northern’s customers.

Ian said: “My main goal is to further improve the overall quality of the product we are offering our customers. We know the older trains, the Pacers, whilst holding a degree of nostalgia for some, have outlived their welcome and need to be replaced as soon as practicable.

“That is exactly what I aim to do and, ultimately, I want to be able to put the new trains in service on time, attracting more customers to Northern from other modes of transport.”

Ian’s experience in the industry means he is uniquely placed to be able to achieve his goals and deliver the new, modern trains Northern’s customers have been calling for.

Starting out as an assistant engineer for British Railway back in the early 1990s, and working exclusively in the rail industry, latterly working as Professional Head of Engineering for Cross Country, Ian has first-hand knowledge of what it takes to put a new train together and get it on the tracks ready for service.

But it is his 25 years in fleet management, train design, operation and maintenance and his track record of delivering new trains projects across Europe, India, China and Japan, that make him ideally suited for heading Northern’s ambitious modernisation programme.

Alex Hynes, Managing Director at Northern, said: “Ian has successfully managed rolling stock projects through their engineering design, construction, test and commissioning, on time and within budget.  His skill at building relationships with stakeholders in a challenging environment has delivered project benefits across international clients, cultures and teams and we are really pleased to secure his services from our sister operating company Cross Country.”

Northern’s landmark modernisation programme – announced by Arriva Rail North as part of the new franchise – will see more than 280 new trains introduced across the network as well as the complete refurbishment of all other Northern carriages.

Passengers have already begun to see these benefits, with the first refurbished train out on the network earlier this year and ticket gates at a number of stations, but the programme will gather pace throughout 2017/18 as more refurbished trains are put into service across the north of England.

Ian added: “Putting new trains on the rail network is not a quick process and we want to make sure that the new services we provide are exactly what our customers have been calling for – clean, modern, spacious and fit for the 21st Century. It is my role now to ensure we deliver this improved environment for rail travellers and that we do so on time.” 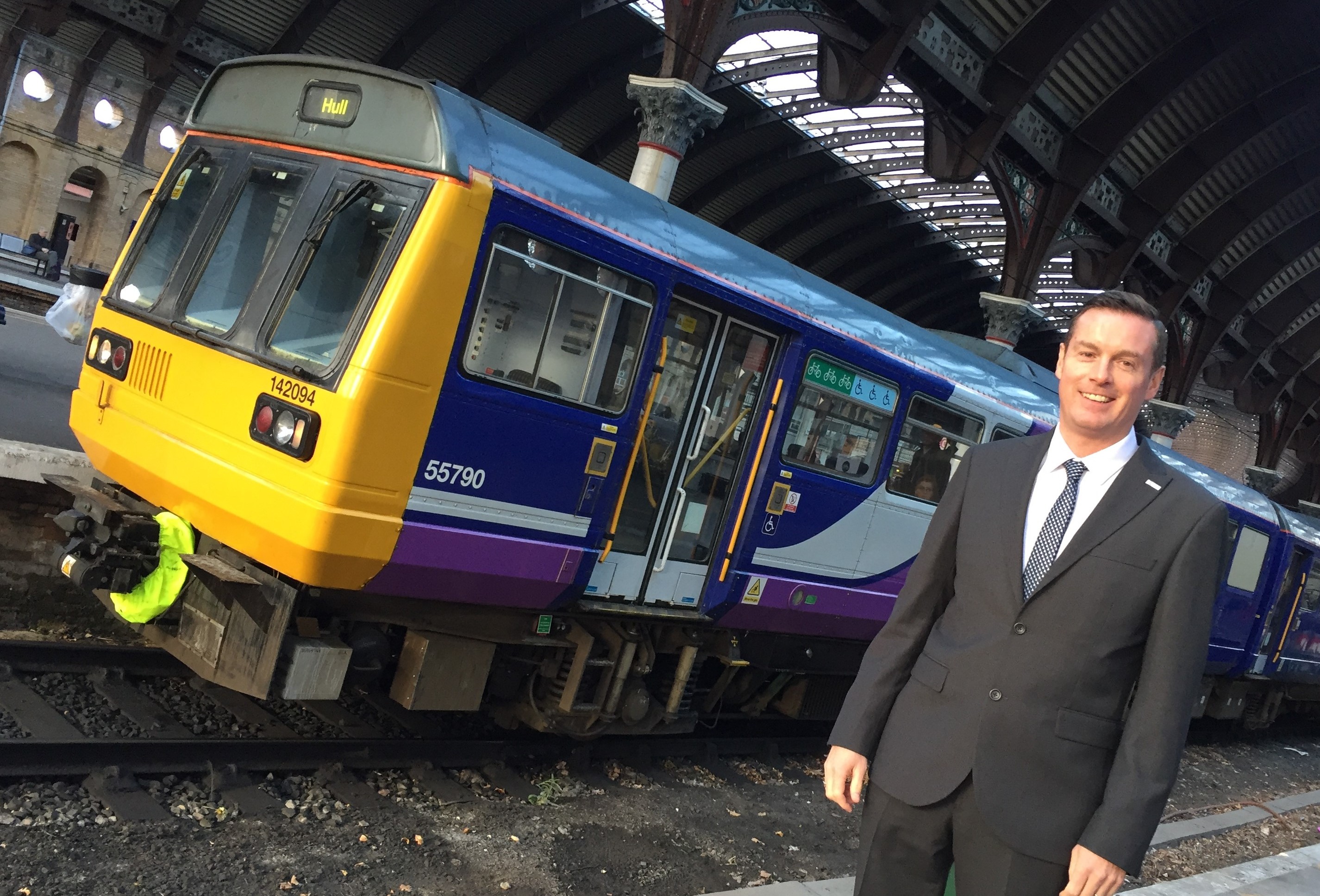