10 November 2017
The First World War will always be remembered at a station in Derbyshire thanks to Northern and the Friends of Buxton Station.

Earlier this week, just days before Armistice Day, a plaque was unveiled at the station commemorating the 100th anniversary of the opening of the Granville Canadian Red Cross Special Hospital.

The hospital opened on 8 November 1917 and, at its peak, provided treatment to around 1,100 soldiers, with the first 40 arriving by train.

Dave Carlisle of Friends of Buxton Station said: “Buxton station played a vital role during The Great War. It was the beginning and end of many important journeys, the place where people met and parted company. It was the focal point in the town where soldiers left to join the fight or return from the battleground.

Vicky Cropper, Community and Sustainability Manager at Northern, said: “We are delighted to have been able to help the Friends of Buxton Station remember such an important part of the town’s history.

“The plaque not only commemorates the opening of the hospital, it also serves as a poignant reminder of the sacrifices made, and support given, by so many during the First World War.”

The plaque was officially unveiled at a ceremony at Buxton Station on Wednesday 8 November and leaflets giving more information about the work of the Granville Canadian Red Cross Special Hospital are available from the Tourist Information Office in the town. 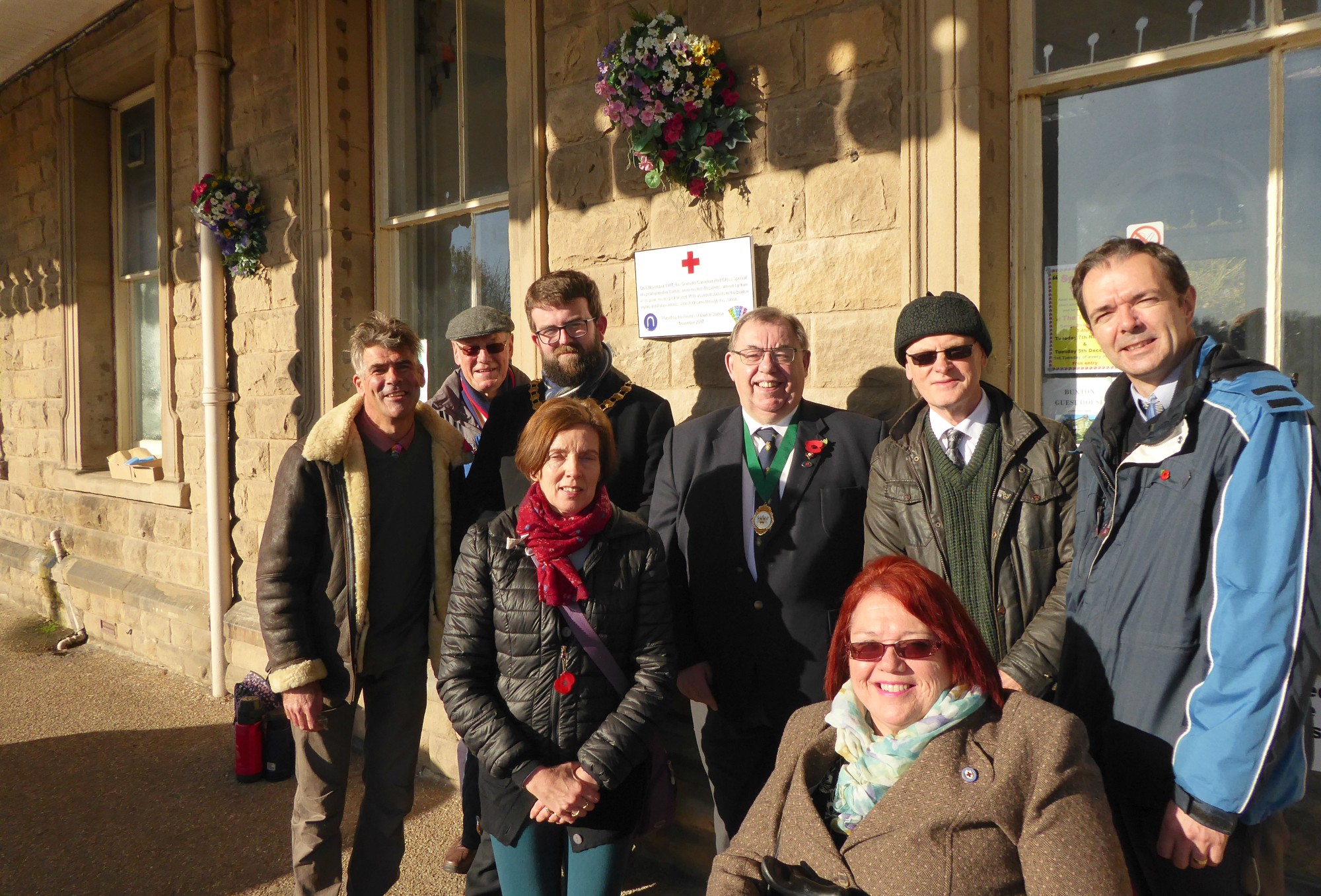