The Bums Of Northern Customers Have Spoken! Leeds

Northern, part of the Arriva group and the UK’s largest train operator outside London, has launched a customer roadshow with a difference.

Customers passing through Leeds station on Tuesday 30 and Wednesday 31 August were greeted with not one, not two but three different types of seat to relax in while they considered which design they would like to see installed in Northern’s new fleet of trains.

Northern is investing £1billion over the next nine years to transform rail travel in the North. The introduction of 98 state-of-the art, brand new trains by 2020 forms part of this investment. Deciding on seat design is the first step towards a transformed standard of rail travel for Northern’s customers and over 2,000 customers have already voted.

Alex Hynes, Northern’s Managing Director comments: “We are committed to making the right improvements for our customers. These roadshows are vital to help us gather customer feedback on one of the key design features of our new trains; the seats!

“We’re asking our customers, our employees and stakeholders to vote with their bums and decide on which of three seat designs they prefer. By the end of September we will have made a decision based on their feedback and will start putting the finishing touches to the final train design.

“We could have made this decision from an office, but we wanted to get out to stations, speak with our customers to find out what they wanted. Try and catch one of the roadshows before 20 September.”

Customers are being encouraged to share their #newseat selfie with Northern on social media via Twitter and Facebook. Customers can even vote for their favourite design via social media if they can’t make a roadshow.

All customers making a vote can enter a prize draw to win £500 of shopping vouchers.

The first roadshow was held in Leeds station on 30 and 31 August and is followed by; 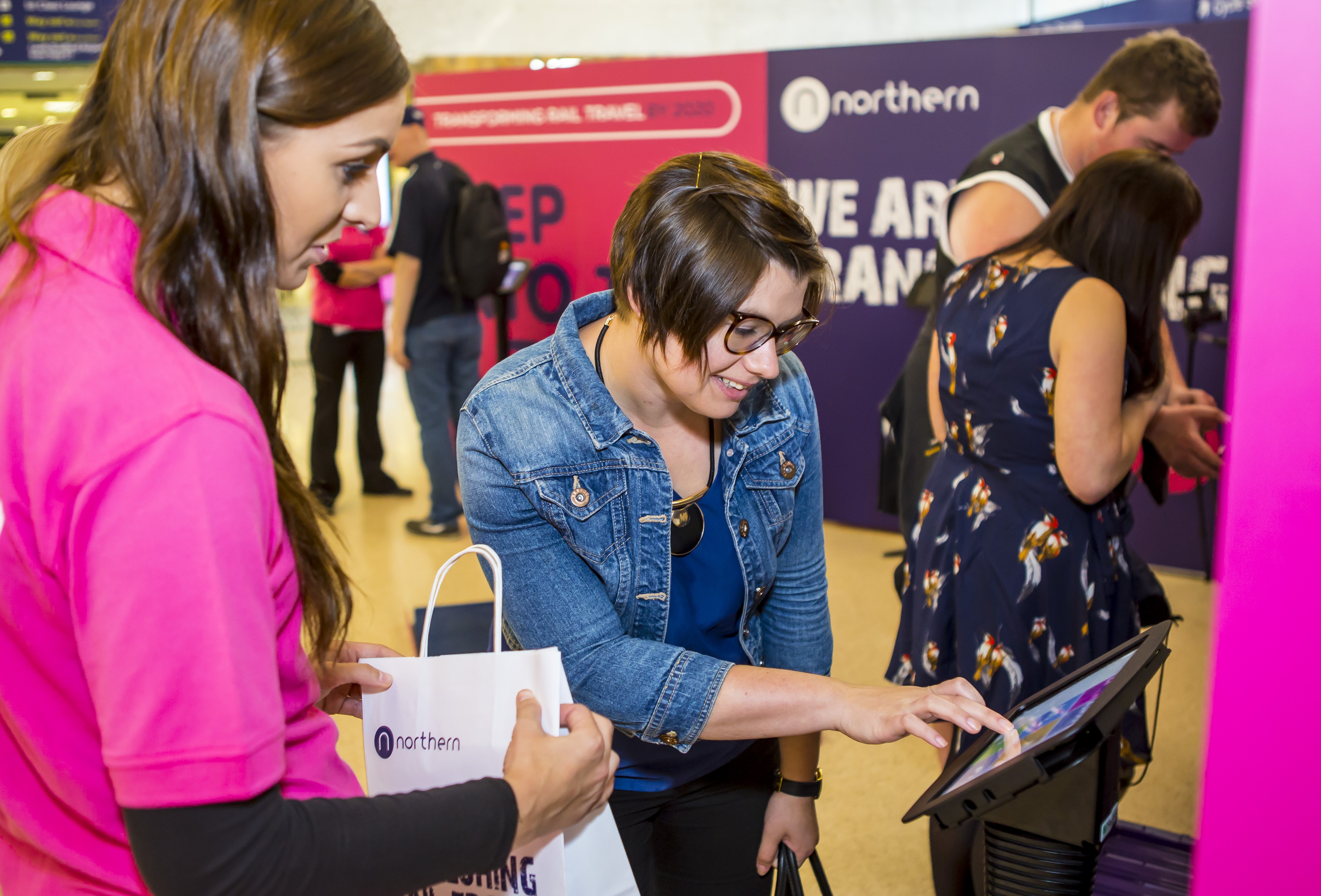