Northern, part of the Arriva group, is celebrating success for several of its stations in the annual Cheshire Best Kept Stations Awards (CBKSA).

Cheshire is the only English county with a Best Kept Station competition. This year’s awards were held at The Grange Theatre, Hartford, Northwich on 10 January. 140 delegates attended the ceremony, including Her Majesty’s Lord-Lieutenant of Cheshire, the High Sheriff of Cheshire and various staff representing Northern.

Huge congratulations in particular go to Poynton station, which was crowned the overall winner of the county’s Best Kept Station.

The Best Staffed Station award was won by Holmes Chapel, while the TfGM Award was won by Rose Hill, and Handford won the Cheshire East Award. Reddish South was recognised with the ACoRP Community Award, while Chelford won the Best Kept Gardens Award, and Goostrey won the Network Rail Award for Art Projects.

Broadbottom received the Best Newcomer Award, while Delamere was named the Most Improved Station. Finally, both Hattersley and Knutsford were awarded Highly Commended status for the Queen’s 90th Birthday Award.

Mark Barker, Chair of CBKSA highlighted the importance of the awards ceremony: "The awards is a celebration and a thank you for all the volunteers and community groups who do so much to brighten up our stations in Cheshire. It’s not just about the winners; whether or not an award was won, the event was a party for all who support & encourage the rail industry, including local leaders and local authorities. We have seen some truly excellent work from volunteers and staff at stations around Cheshire."

“The CBKSA ceremony is a unique highlight of the industry’s award calendar because it recognises the combined efforts of station staff and community groups working in true partnership to continuously improve local stations. Winning so many awards across various categories this year is a real testament to that.” 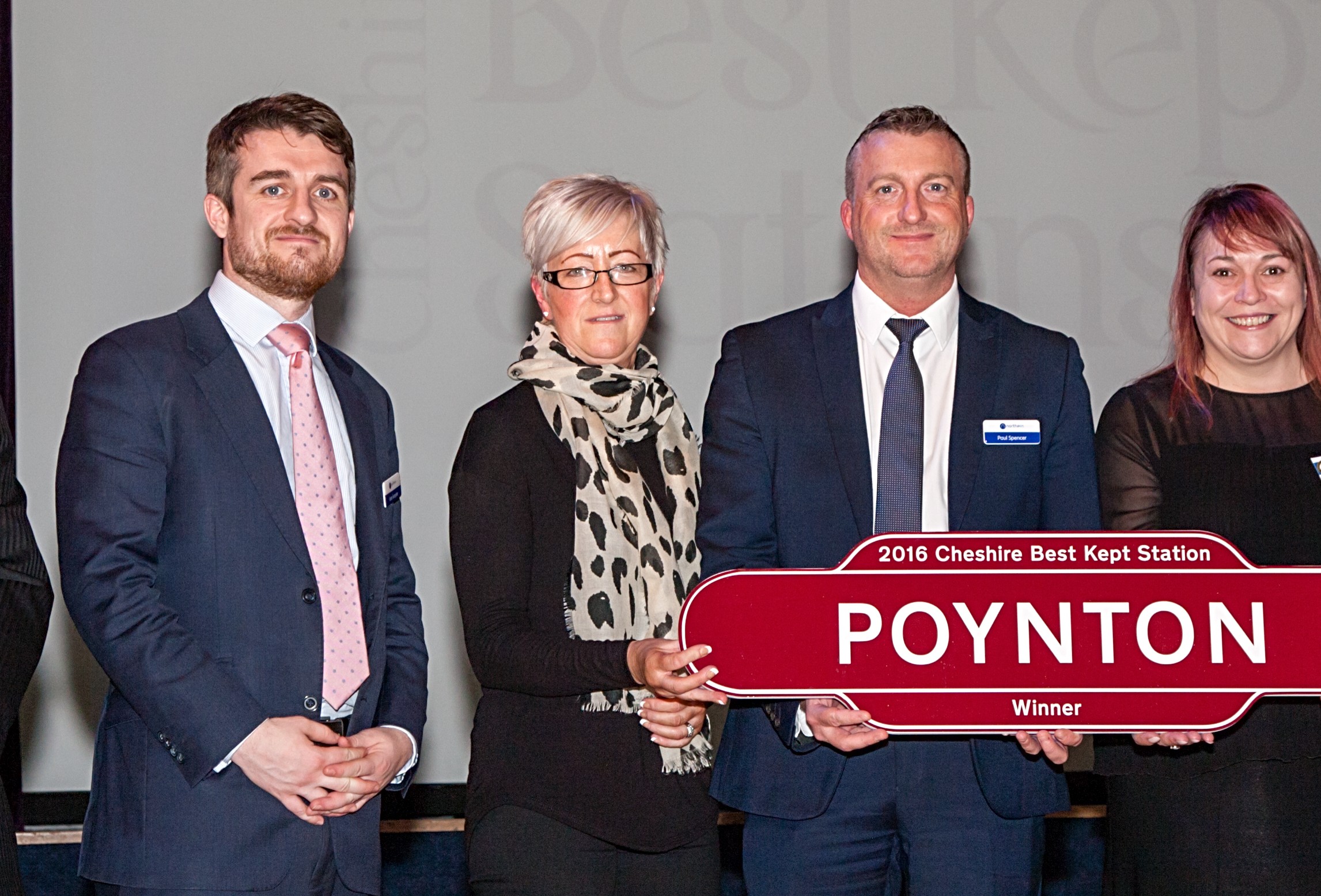