26 November 2021
The disruption from autumn leaf-fall for Britain’s railways could be a thing of the past – thanks to trials led by Northern and rail industry partners.

The fallen leaves can cause significant disruption to the network. Leaves stick to damp rails and passing trains compress them into a smooth, slippery layer, reducing trains’ grip. This can cause delays to services, which lead to disruption for passengers.

At the moment, railway lines are cleaned using railhead treatment trains, also known as RHTTs, but there are only a limited number of these trains available, so they can’t treat the whole of the network.

RHTTs are also expensive to run, so they are mainly used to clean high-traffic, intercity lines, which means some lines are left untreated.

But Northern has partnered with top engineers and experts to trial two new rail head treatment technologies that are attached to passenger trains and could save the rail industry millions of pounds every year.

The trials with Northern are being run thanks to funding from Network Rail’s Performance Innovation Fund.

Rob Cummings, seasonal improvement manager at Northern, said: “We’re very excited to test these new technologies during the autumn period. One of the biggest risks to our performance during October and November is leaves on the line, but by helping to develop new technology we aim to deliver the very best service for our passengers.”

Talisa Fletcher, Network Rail service delivery manager, said: “Leaves on the line are a big problem for the railway, disrupting train services and inconveniences people’s journeys. This year in addition to running our specialist fleet of leaf-busting trains across the North West, we’re working with Northern and have invested in a trial of new leaf-busting technologies that can be fitted directly to passenger trains.

“This is a brilliant example of the rail industry working together to come up with innovative solutions to the challenges autumn presents and make journeys more reliable for passengers as they return to the railway as a safe and green way to travel.”

The Water-Trak team discovered that leaf coated rails only become slippery if damp, noting that trains still stop safely in heavy rain. Water-Trak simply creates rainy-day conditions on the rail surface by spraying a small amount of water from the train onto the track when a slippery rail is detected.

Two Northern trains fitted with Water-Trak have been successfully operating in passenger service since late October. The trials with Northern are being run thanks to funding from Network Rail’s Performance Innovation Fund.

John Cooke, Co-founder at Water-Trak, said: “We are really pleased to have the opportunity to test our solution in passenger service on the Northern network. Slippery rails are a massive problem for the rail industry and we hope to play a big part in resolving this issue.”

A new rail cleaning technique, developed by a team of researchers led by Professor Roger Lewis from the University of Sheffield, uses dry ice pellets in a stream of high-pressure air which freeze the leaves and then as the pellets turn back to gas they are blasted away from the rails.

Professor Roger Lewis, Professor of Mechanical Engineering at the University of Sheffield, said: "Working with Northern has given us an exciting and unique opportunity to take our new cryogenic rail head cleaning technology from the lab to now be trialed on passenger trains on a live network. Frequent cleaning in this way offers benefits for the whole industry and will hopefully mean that low adhesion issues presented by “wet-rail” and leaf layer will eventually be a thing of the past." 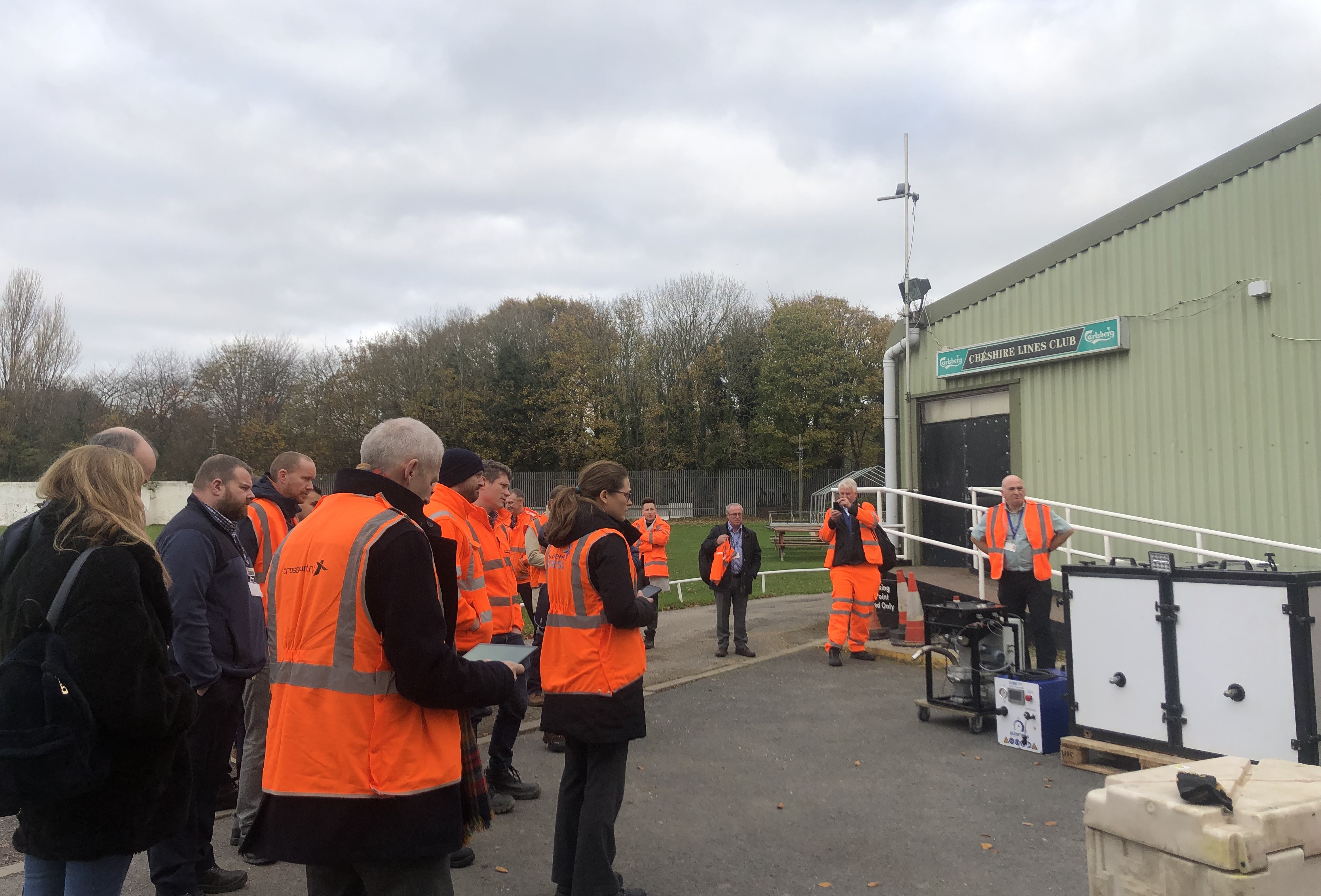 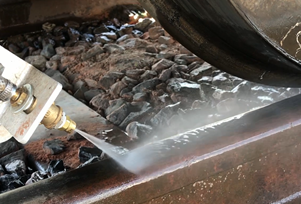