21 March 2018
Northern customers travelling from Kirkstall Forge to Leeds and Bradford are to benefit from two trains an hour from May.

The doubling of the service at the station comes as Northern has announced a new network-wide timetable due to be introduced from Sunday 20 May.

Kirkstall Forge, one of the newest stations on the Northern network has been a resounding success since it opened in 2015 and that success is now being recognised with more services to give the local community more travel flexibility than ever before.

Paul Barnfield, Regional Director at Northern, said: “We are really pleased to be able to work with CEG, the developers of Kirkstall Forge, as we were when the station opened.

“We have been talking to partners for some time regarding putting a better service into this increasingly important hub.  This wasn’t easy however, due to the sheer volume of rail traffic that goes in and out of the west end of Leeds station.

“We are delighted to say that our combined efforts have prevailed and we will now be able to supply the station with two trains an hour in either direction from May this year.  This is terrific news and will help the site, and indeed the whole area, to reach its full potential.”

Kirkstall Forge station has proved hugely popular and surpassed its forecast annual passenger numbers within five months of opening. Although around 20,200 journeys to Leeds were forecast for the station’s first year of operation, 21,400 were recorded in just the first five months.

To cater for this demand Northern introduced five additional peak-hour stops at the station in December 2017 and are now expanding this offering to give rail customers even more choice.

Rachel Reeves, MP for Leeds West said: “It's fantastic news that more trains will be stopping at Kirkstall Forge. I've campaigned for this for months and I am delighted that Northern will soon be operating a new half-hourly service.

“The extra trains will make it easier for thousands of people to get around the city and help unlock the full potential of Kirkstall Forge.”

Jon Kenny, Development Director at CEG, said: “Kirkstall Forge is one of the most significant regeneration projects underway in the north of England. The dedicated railway station connects the site to Leeds station in just six minutes and Bradford in around 15 minutes.

“The half-hourly service is welcome news, not only for the 15,000 people who live nearby, but also the 10,000 people who will live, work and enjoy the site over the next decade.

“The businesses which are looking to locate here demand urban levels of transport connectivity, alongside the award-winning digital communications offered by this exceptionally high quality development and this is a great step towards achieving that.”

Paul added: “This project has been a really good example of partnership working in quite challenging circumstances to quickly deliver an outcome that will link more people with opportunities right across our region.” 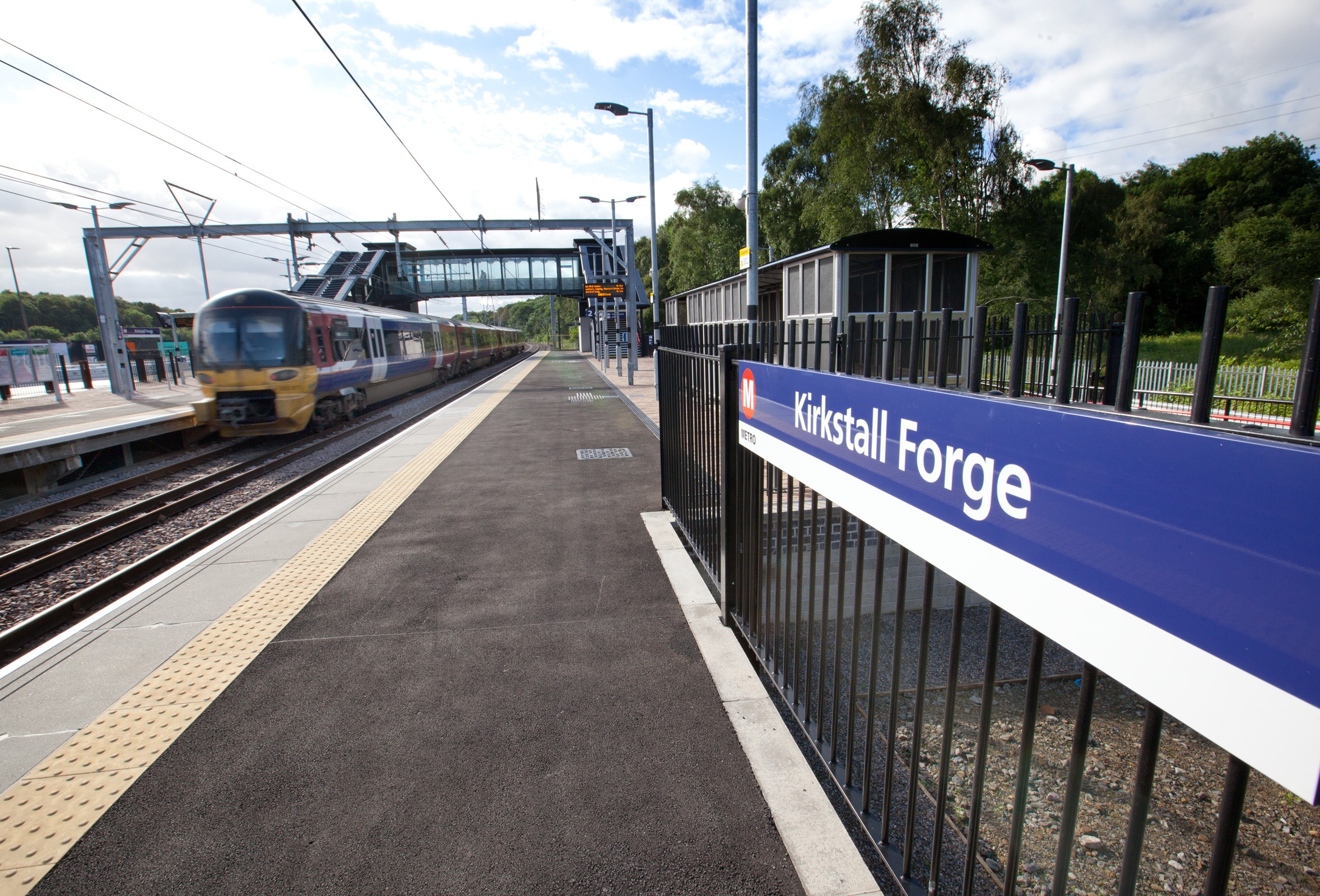