Northern, part of the Arriva group, is proud to announce the naming of one of its trains after a great British regiment last week.

A Class 156 train, 156469, was named The Royal Northumberland Fusiliers (The Fighting Fifth) on 11 November in a ceremony at Newcastle Central station, following in the great tradition of naming trains and locomotives after military regiments and figures.

The Royal Northumberland Fusiliers regiment was founded in 1674 as the Fifth Regiment of Foot, becoming a fusilier regiment in 1836. It served in many major conflicts including both world wars and the Korean War. In 1968, it was merged with the three other English fusilier regiments to form the Royal Regiment of Fusiliers. However, this still retains an Army Reserve Battalion in Newcastle, continuing the traditions of the “Fighting Fifth”.

Many locomotives and trains have previously carried regiment names. The name The Royal Northumberland Fusiliers was previously given to a member of a Deltic locomotive, D9011. It was named in a ceremony in 1961 and was in service until November 1981, being based at Gateshead depot. The nameplate can be seen today in the National Railway Museum.

Mike Paterson, Regional Director for Northern, commented “At this poignant time of year, we have paid tribute to this well-known regiment who fought for this country in so many conflicts. As a former member of the Armed Forces myself, I only know too well the sacrifices many have made and am proud that Northern is able to recognise this.” 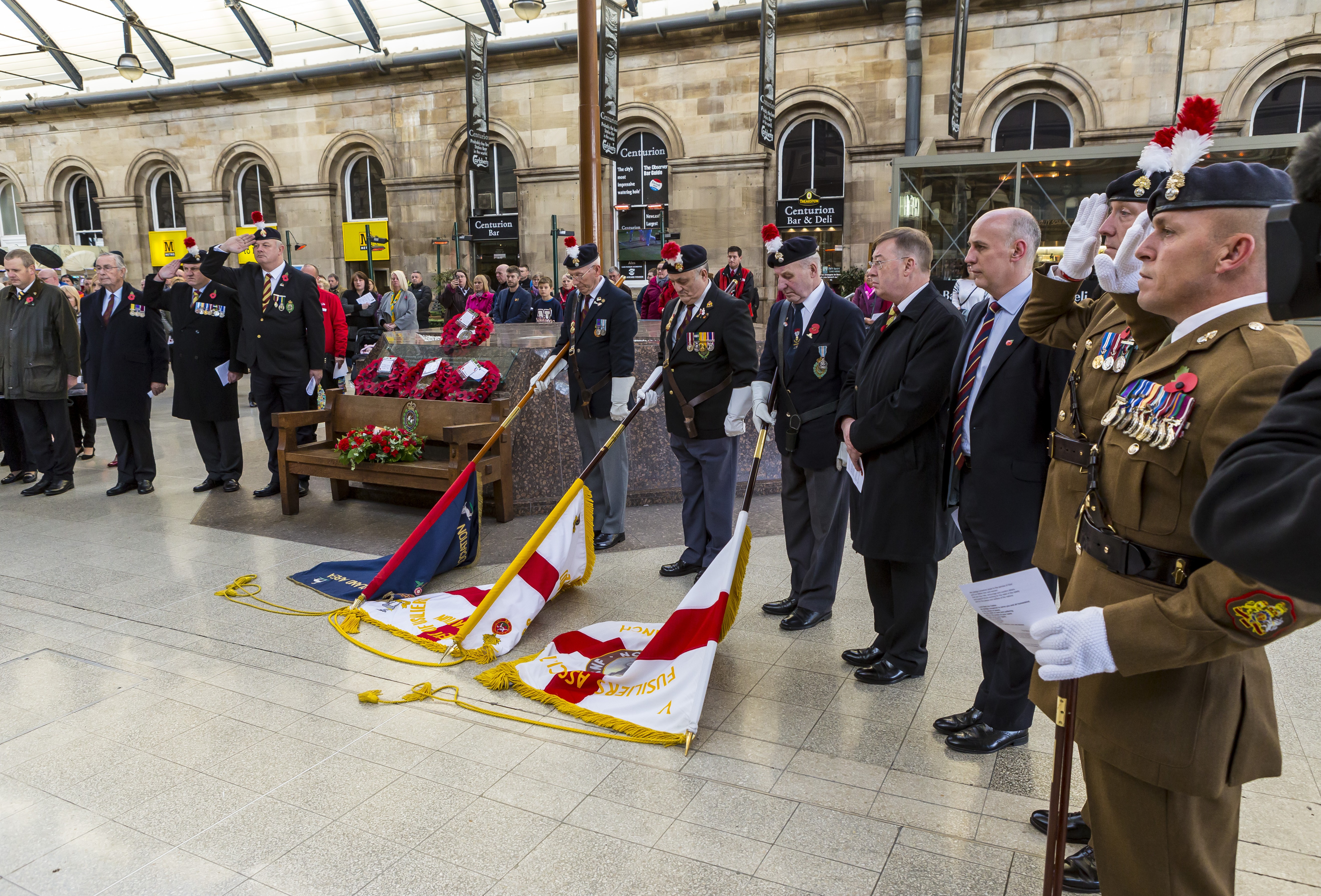 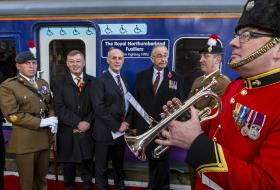