27 September 2018
Rail users in Burnley and Blackburn face a brighter future thanks to a team of dedicated Northern apprentices.

Ten newcomers to the rail industry have spent the past 12 months working to improve the environment at Burnley Manchester Road and Blackburn to give Northern customers a better travel experience.

Through their hard work – and good links with organisations such as Sobriety Society, Community Rail Lancashire and The Association of Community Rail Partnerships (ACoRP) – the apprentices have overseen remarkable transformations, bringing fresh energy to the stations.

At Burnley Manchester Road, as well as tidying the station, the group have installed three pieces of artwork – all produced by local people.

On platform one the focus on community is enhanced by work from children at Reedley Primary School who were inspired by a local artist to sketch, paint and mould ‘all things Burnley’.

The same artist has used the children’s handprints to create a ‘Community Tree’, an art installation cut from steel which celebrates the close links the station now has with the community.

Finally, platform two now plays host to a special sculpture created by Sobriety Society. The sculpture, which also acts as a planter, is shaped to represent the canal locks and barges of the Leeds Liverpool Canal which have played such an important part in Burnley’s heritage.

At Blackburn station the apprentices were also given the task of improving the environment and engaging with the community.

They started by looking at improved signage for people with ‘hidden’ disabilities such as dementia. The new signs are designed to be clearer and more open to people’s understanding of basic needs such as toilets and exits.

The team also got local artist Alastair Nicholson involved to help with two projects designed to make the most of the station’s link with its community. Schoolchildren from St Annes Primary School in Blackburn worked with the artist to create new artwork for the waiting room. This new installation is themed around the past, present and future.

The second project involving Alastair saw the introduction of a map highlighting areas of interest in and around the station – supported by additional signs outside pointing to and from the station and the nearby bus station.

Liam Sumpter, Regional Director for Northern, said: “The time and effort the apprentices have devoted to Burnley and Blackburn is amazing.

“These 10 young people are still learning about the railway and are all employed in key departments across Northern, yet they have found the time to run these two fantastic projects and brighten the lives of people in east Lancashire.”

The work of the apprentices at Burnley and Blackburn come at a time when Northern is investing millions of pounds on modernising its stations across the north of England.

By 2020 Northern aims to have carried out improvement work at more than 400 stations with many set to benefit from features such as new or improved waiting rooms, improved waiting shelters, new seating, better lighting, improved accessibility and better CCTV.

And, to make buying tickets easier, Northern is also investing in more than 600 new ticket vending machines, many of which have already been installed.

Liam added: “During the next 18 months our customers will see more and more changes right across the network.

“Our new facilities, designed specifically for Northern, will create a more modern and welcoming feel as we continue the process of developing Northern as a network fit for the 21st Century.” 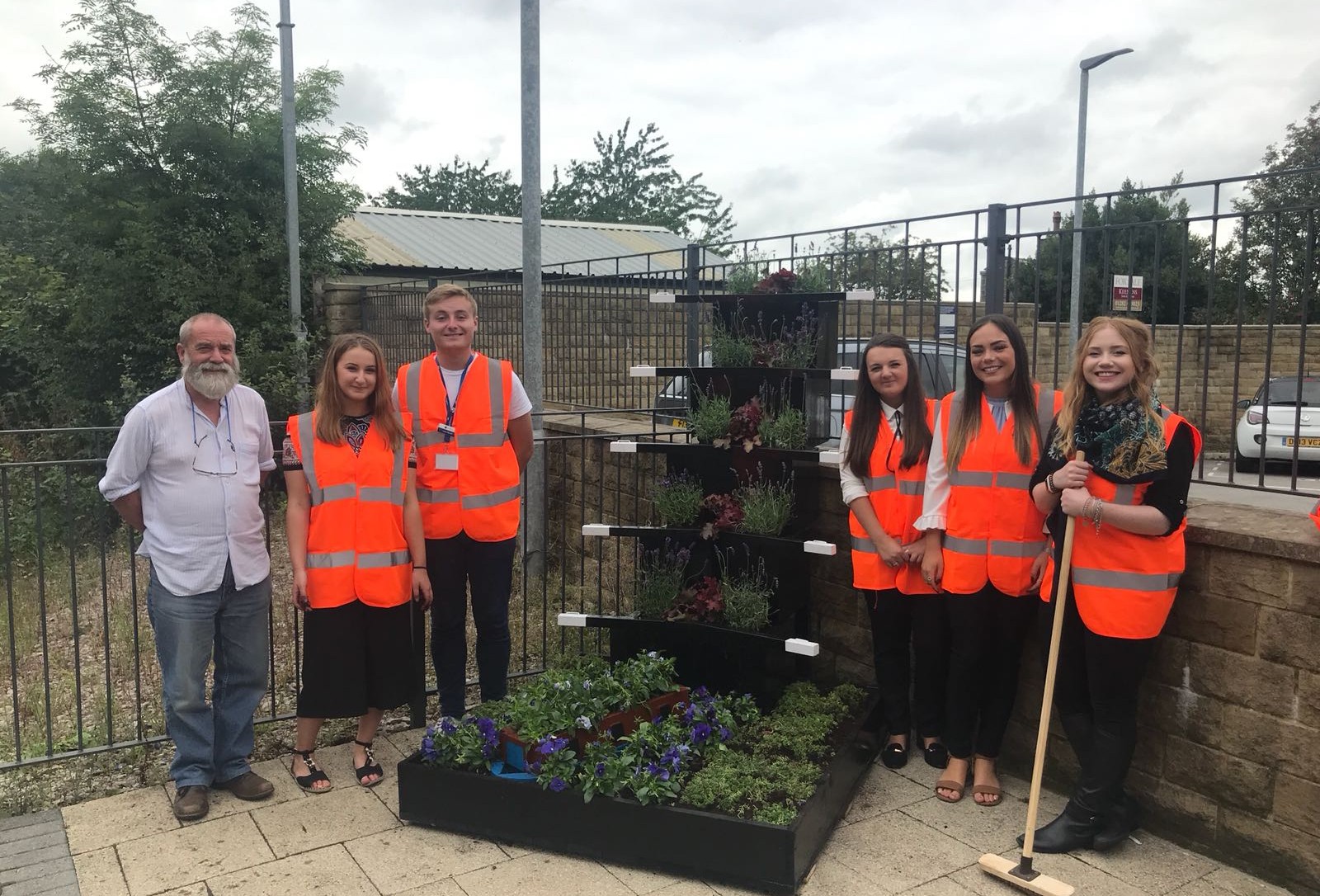