29 April 2021
Colourful new artwork welcoming passengers to one of Northern’s Greater Manchester stations has been painted by volunteers.

The installation at Patricroft station stretches for more than 120 metres across fencing on platform one and two and depicts wildlife scenes from the nearby Bridgewater Canal as well as wayfinders to help people arriving at the station find local landmarks.

To create the murals, stencils were made by local artist Adrian Percival and then painted on by Ann Taverner and Bob Marshall from Friends of Patricroft Station (FROPS).

Ann Taverner, a member of FROPS, said: “FROPS has organised several murals inspired by the heritage of the station on the 1830 Manchester to Liverpool line.

“We commissioned Adrian Percival, a local Eccles artist to design images of flowers, insects and waterfowl inspired by the Bridgewater Canal, which the railway crosses within metres of Patricroft station.

“Today, the canal is a popular local walking and cycle route, leading to the ‘looplines’ from Monton Green along the old Eccles to Bolton rail line.”

Volunteers have also stenciled wayfinders to the canal and to the preserved Naysmyth's steam hammer, located next to the station.

Manchester bees, trees, flowers and more ducks and swans are planned for the rest of the fencing over the next few months.

Chris Jackson, Regional Director at Northern said: “I’d like to say a huge thank you to the Friends of Patricroft Station who have created this wonderful piece of art.

“As well as complementing our broader station improvement strategy, this colourful work is welcoming for anyone arriving at the station and is something for everyone in the community to embrace, enjoy and be proud of.” 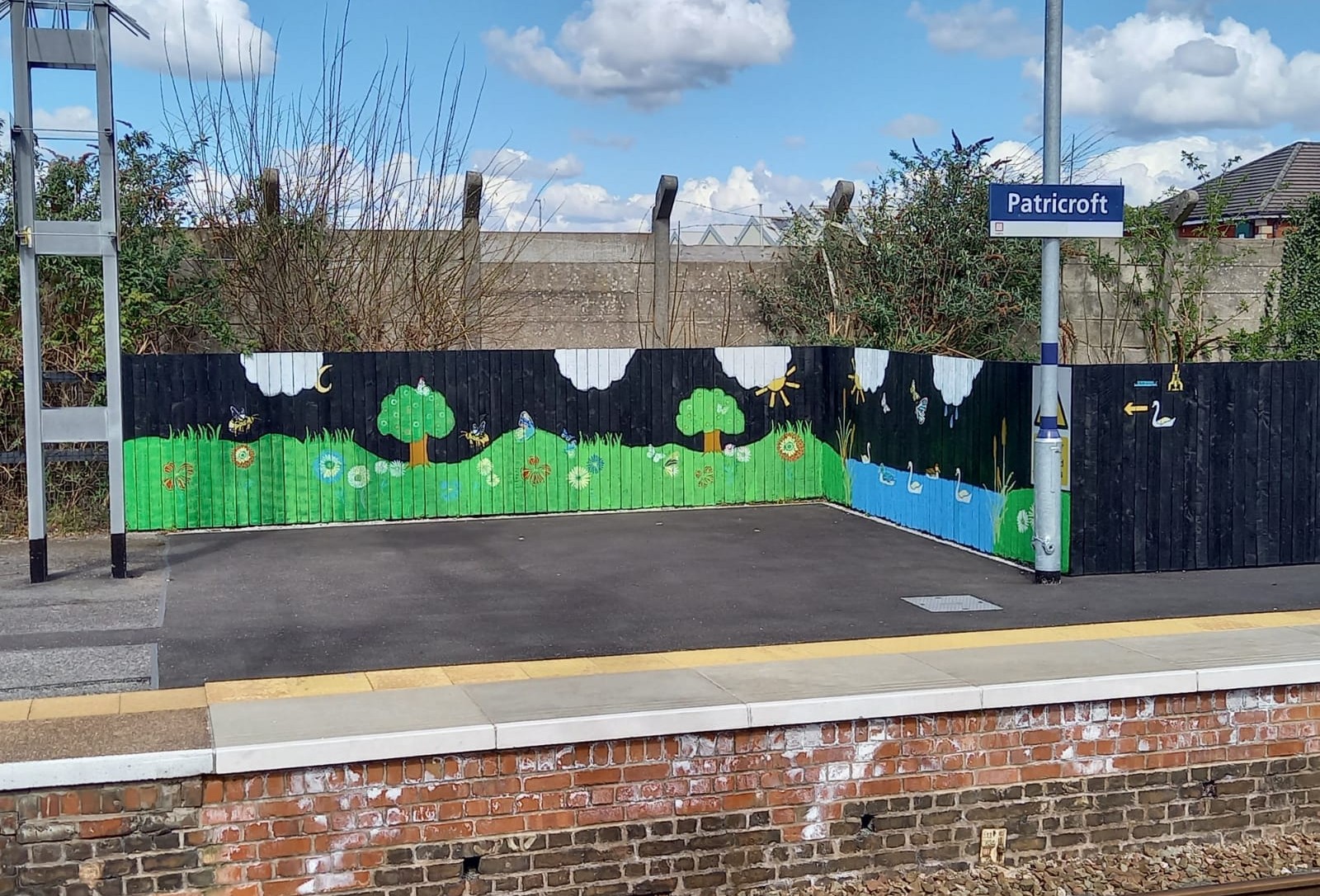 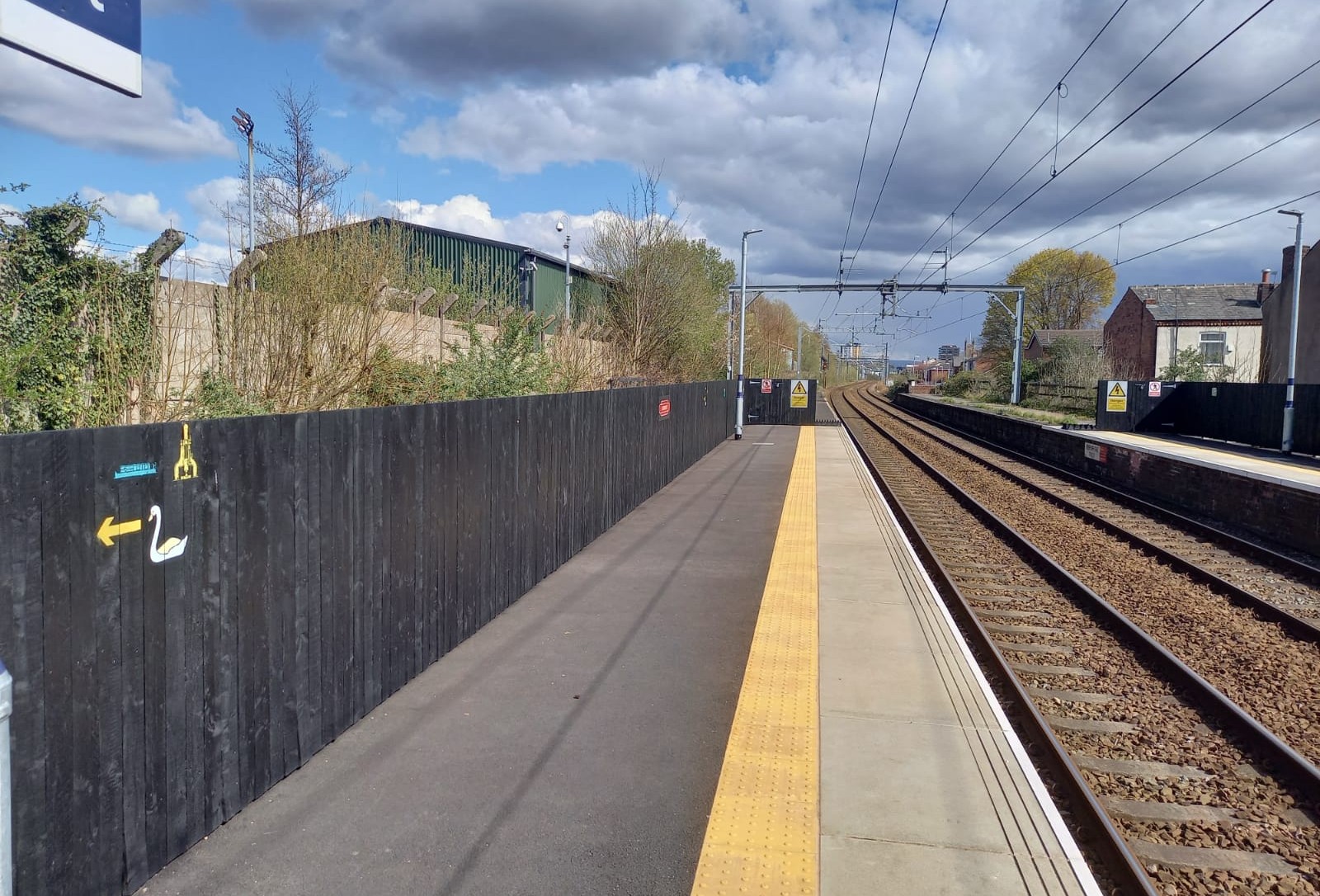 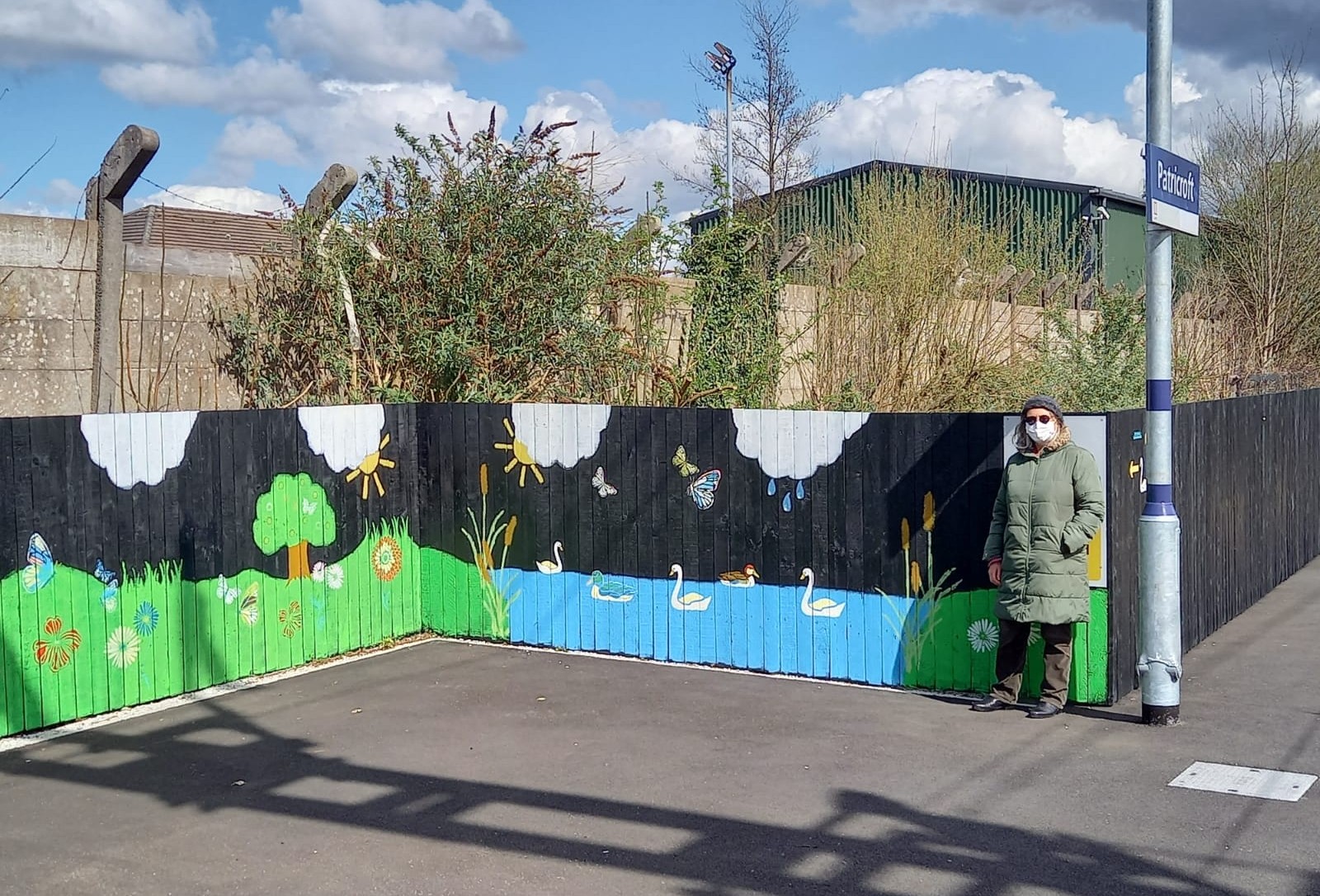 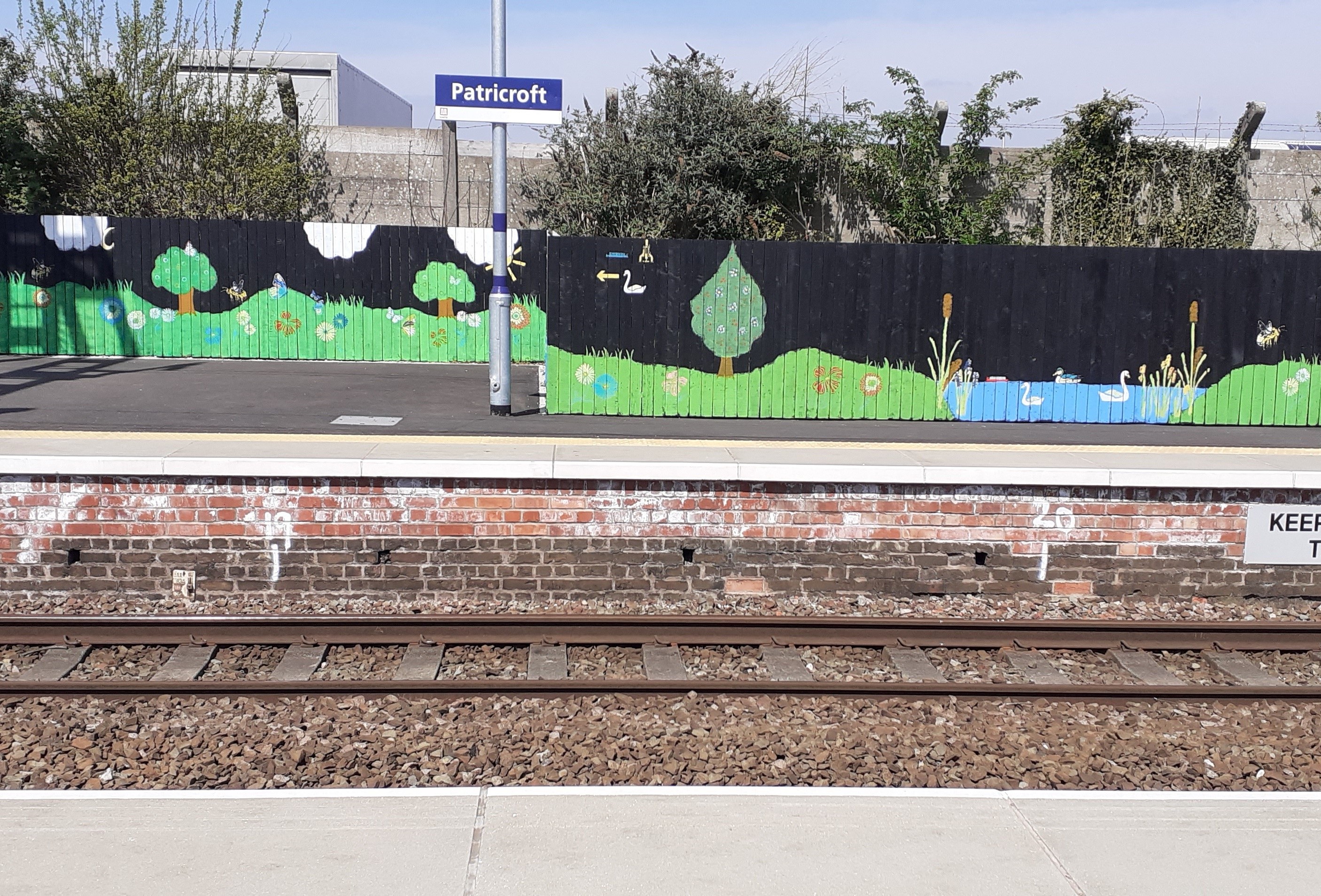 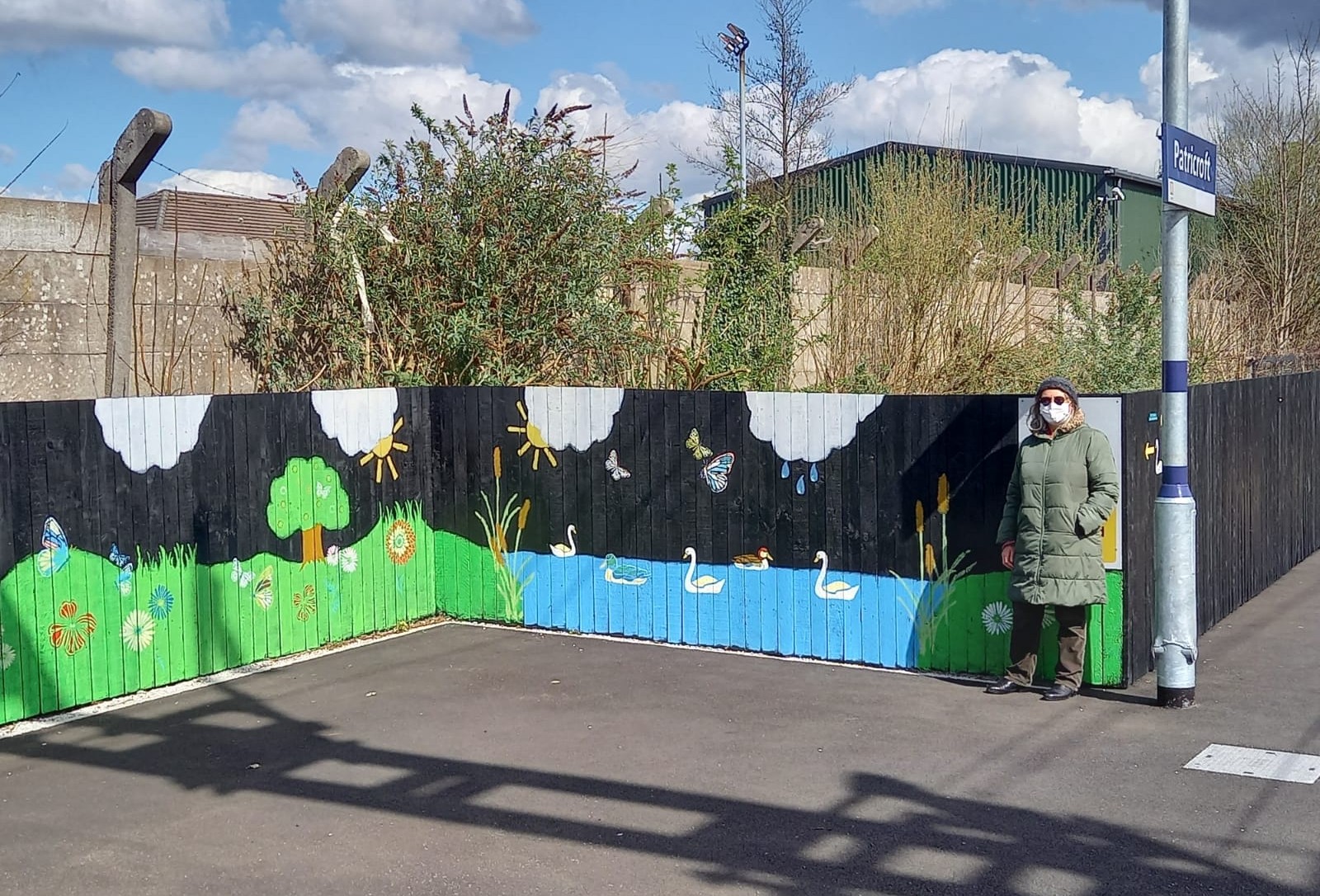