15 May 2019
To coincide with Mental Health Awareness Week, Northern has launched its new suicide prevention campaign, and was today asking customers at Manchester Victoria ‘All Right?’.

Of the fatalities on the railway in 2018/19 to date, 252 were suicides. These tragic incidents not only affect the families of those involved, they can have a wider impact on the public as rail passengers, station staff and train crew are often witnesses.

Northern’s new campaign aims to raise awareness in the wider community that if you see someone who looks vulnerable or may be considering suicide, you can make a difference.

Traditional British reserve means that many people feel unable to approach someone they don’t know, that by starting a conversation they could be considered over-familiar or interfering; so today Northern was starting conversations on the station’s main concourse.

By providing a calming ‘zen’ garden area with comfy seats and refreshments, volunteers from Northern, British Transport Police and Network Rail encouraged passers-by to stop for a moment and chat to someone they don’t know, to show how easy it is to put that British reserve aside and speak with someone.

The activity forms part of Northern’s wider “All Right?” campaign, launched earlier this week, based on a video of a poem by West Yorkshire poet Simon Armitage. The video, developed together with Juice Learning, which is now available on YouTube focuses on the message that just asking a simple question such as “All Right?”, can save a life.

Andrea Jacobs, Northern’s Safety, Health, Environment and Crime Director, said: “As a nation we tend to shy away from approaching strangers, we don’t want to be seen as ‘meddling’ or ‘prying’. But if we see someone who seems vulnerable, someone who might need help, we need to put aside those reservations and offer the support they need. The smallest gesture, just one question, might be all it takes.

“By starting conversations at the station today, and showing how easy it is, I hope that we will give people the confidence to do the same thing. They might just be empowered to save a life.”

The event at Manchester marks the start of Northern’s wider campaign to work with communities around our network, and provide them with the tools and support they need to help make a difference when people are potentially vulnerable at their local station.” 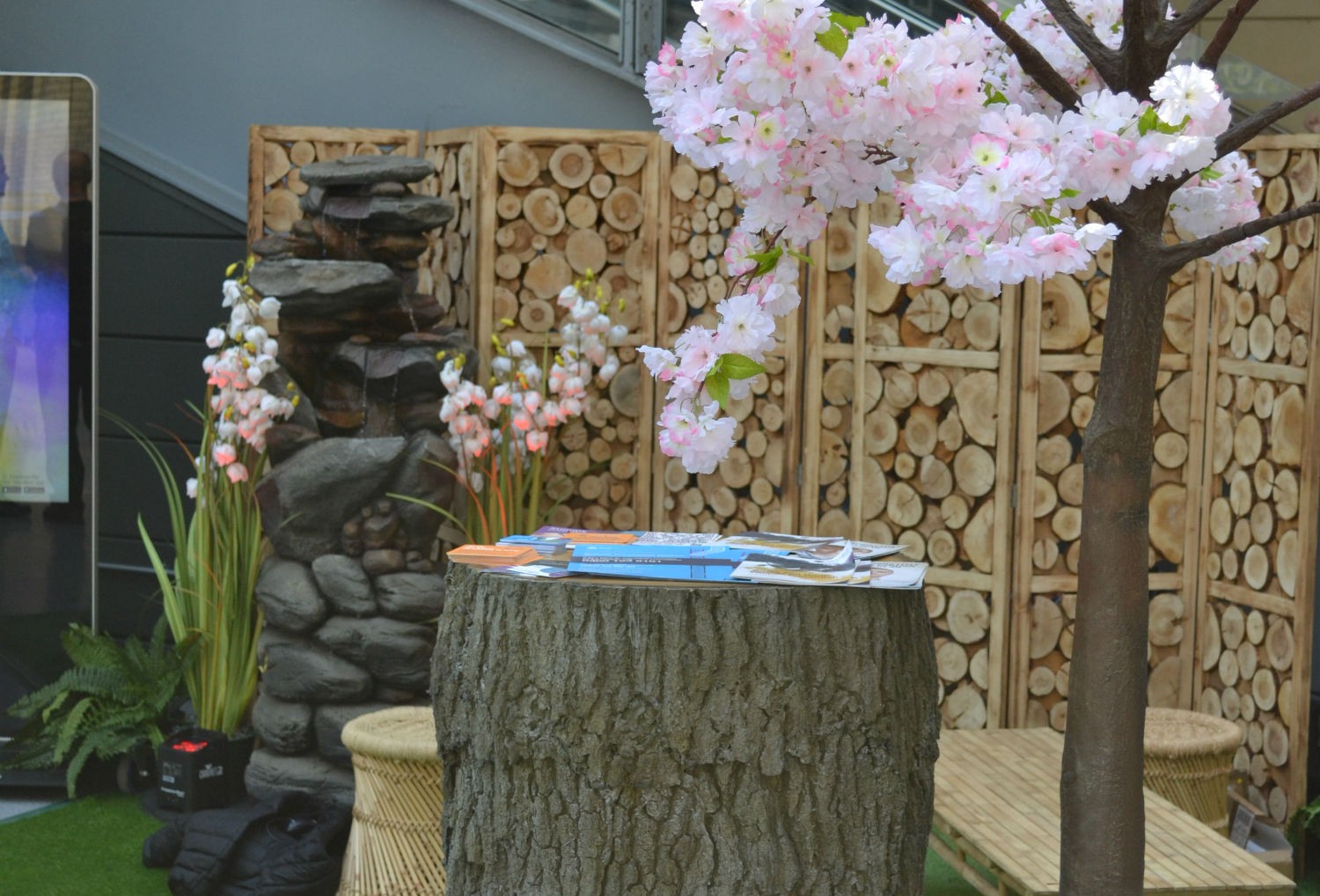 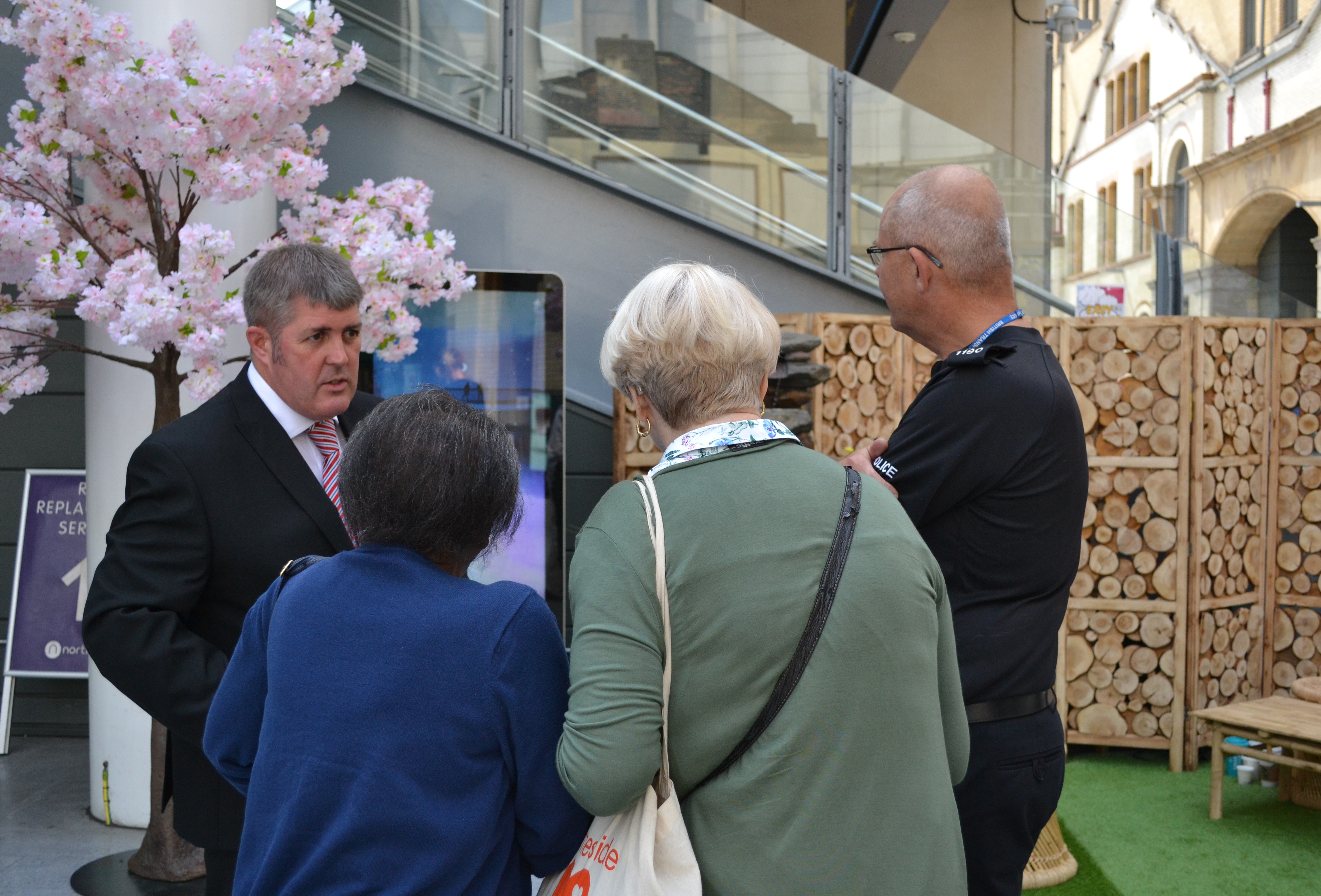 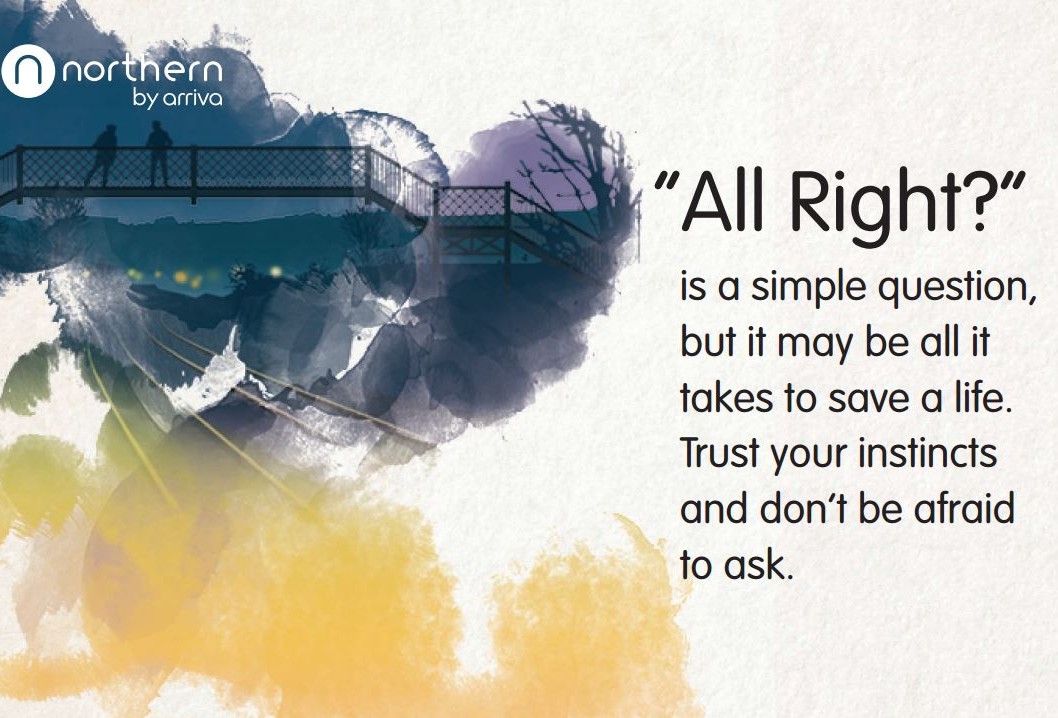