09 February 2022
Vibrant new artworks at one of Northern’s Cheshire stations have been unveiled by a local musical legend.

Murals at Alderley Edge station were revealed on Friday 4th February by Peter Hook of Joy Division and New Order fame, who is a resident of the village.

Created by Stockport-based artist Eamonn Murphy, the images show a historic first-class 1840’s rail carriage on the Manchester bound platform and a set of four images in alcoves on the main station building depicting the view from The Edge, one of Cheshire’s best-loved landmarks

The artworks were commissioned by the Community Rail Partnership and Alderley Edge Station Volunteer Group and funded by Northern and Waitrose & Partners.

Chris Jackson, regional director at Northern said: “I’d like to thank everyone who has been involved in commissioning and creating these wonderful pieces of art.

“As well as complementing our broader station improvement strategy, these colourful works are welcoming for anyone arriving at the station and are something for everyone in the community to embrace, enjoy and be proud of.”

Artist Eamonn Murphy’s work can be seen at many stations in the area including Heaton Chapel, Rose Hill and Disley stations.

Eamonn has created more than 70 artworks featuring landmarks and places of interest accessible from stations on the Crewe to Manchester, and South East Manchester lines. The collection can be viewed online at stationconnections.co.uk.

Eamonn said: “It is an honour to be invited to contribute to the excellent work being done by Alderley Edge Station Volunteer Group and great to see the support of local residents.” 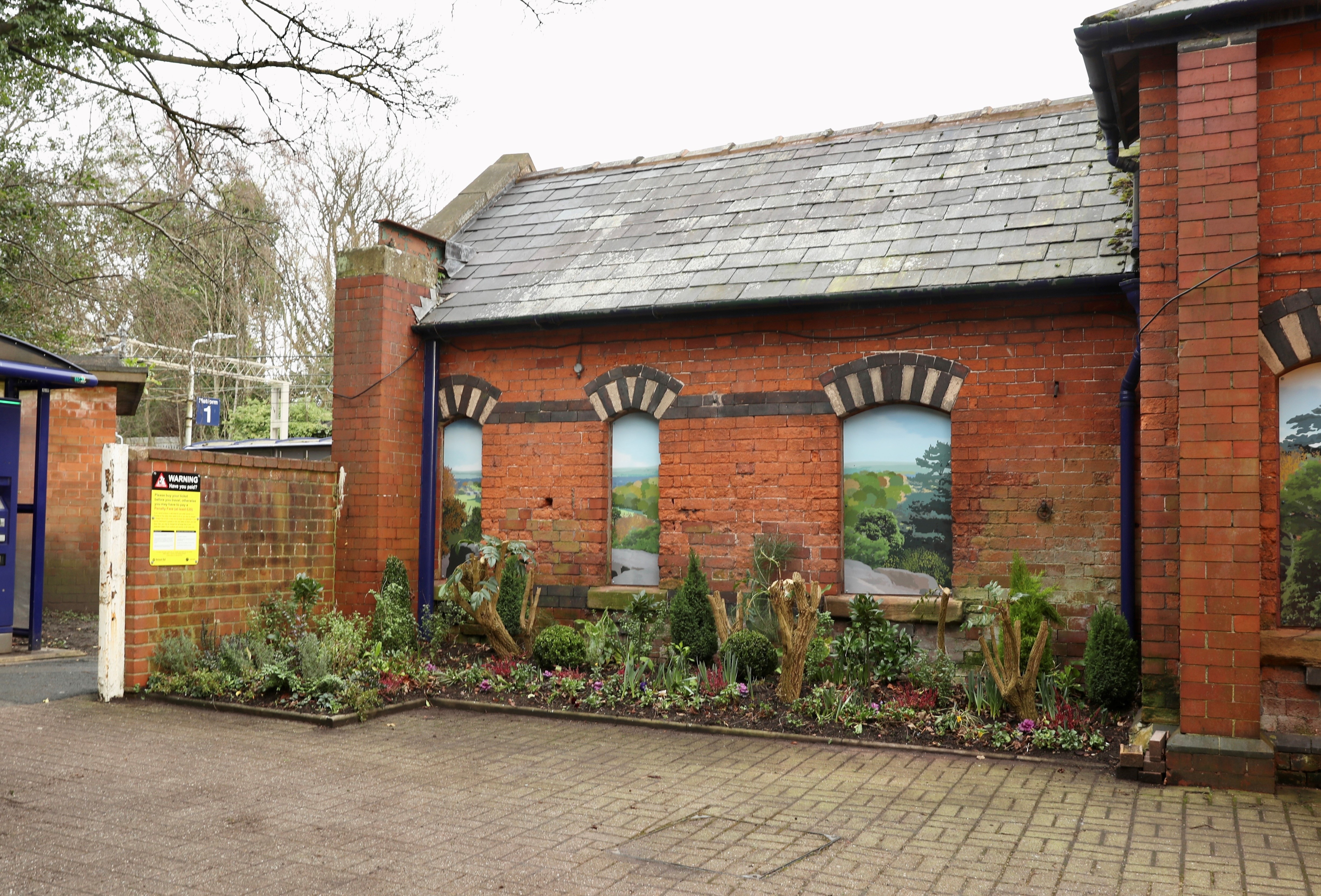